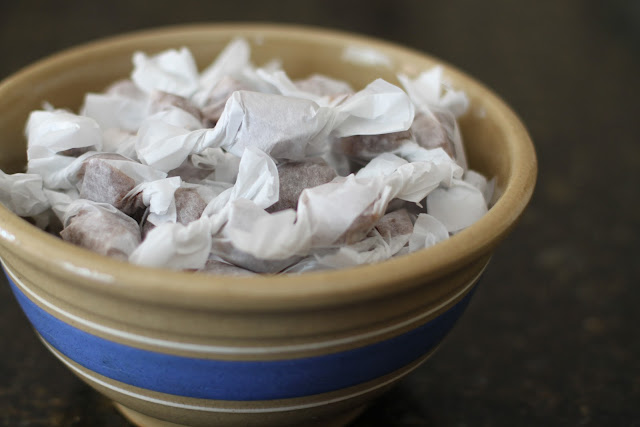 Today didn't end like I wanted it too, but I think it was just what we needed.  Today was our first day of German school and we even made it there on time and with a few minutes to spare after dropping off the food we had collected for the Atlanta Food Bank.  Our church in collaboration with a few other big companies here in the state collected food for the food bank.  Our goal was to collect a 100,000 pounds of food.  Sadly, that amount is only enough to feed the city for about one day.  Our plan was to go apple picking after school despite the weather not being very nice.  I figured as long as it wasn't pouring rain we could go; however, once we got home to drop off our stuff and grab a bite to eat it was apparent we weren't going to go anywhere.  Roman said he felt like he was going to throw up.  So his brother grabbed the trash can and placed it by his side.  Then I felt his head and he was burning up.  I don't know why I didn't check that first since Addy had a fever on Tuesday and I had one on Wednesday.  Thankfully, the fever doesn't seem to last, so I suspect he will feel better tomorrow.

So I guess you are probably wondering what this photo has to do with Roman being sick.  Nothing, but I thought  I would show you what I made on Thursday.  I made homemade Caarmels.  I had set a goal earlier this year after reading about how easy they are to make on Dana's blog. I love Carmel's and I don't know very many people who don't like them.  Anyway, I was determined to learn how to make them,, Dana suggested using Ina Garten's Salted Fluer de Sel Caramels.  First try wasn't so successful since I tried to make them just as the children were coming home from school.  I accidentally used  salted butter and put to much vanilla in them.  They were to salty and to bitter from the vanilla.  Second try no little kids around, but without a proper thermometer I cooked them too long even though I cooked them the suggested length of time and they turned out to be toffee.  The third time I made a home run and they were perfect.  My only suggestion in making this recipe would be to cut them much smaller than Ina suggest.  Hers were too big.  These caramels are perfect. So creamy, sweet, with a touch of salt.  I gave mine away as a baby gift to a mother at our church who is having her first baby.  She told me she is going to hide them in her suitcase and eat them after she delivers the baby.  Well, I hope your weekend is going better than mine.  Happy Saturday!
Labels: recipe

Dana said…
AWESOME!
I plan to make them again this holiday season...bc you are correct: EVERYONE loves them!
D
September 9, 2012 at 2:46 AM

Aimee @ Smiling Mama said…
Those sound delicious! What a beautiful family you have -- hope everyone is on the mend now!
September 10, 2012 at 11:06 AM

Shauna said…
Wow, German school, that is great, but being sick,...not so great, sorry, hope that does not last long.

Great job on keeping at it with the candy, a proper thermometer is key. These sound great, will have to put them in the rotation. :) Hope you are doing well, your daughter is getting so big! But, precious as always. Take care,