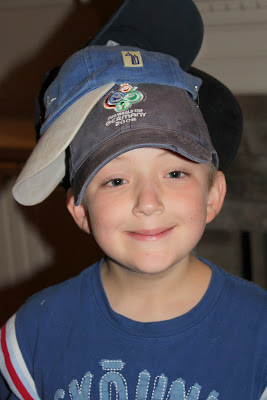 At school this week the children participated in a hat parade.
Each student had to pick a word out of a hat,
and their hats had to reflect that work.  His word was crooked 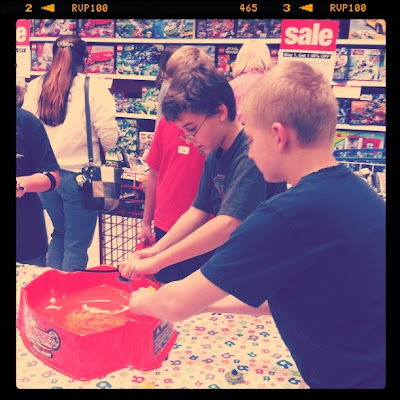 The boys participated in a Beyblade Championship 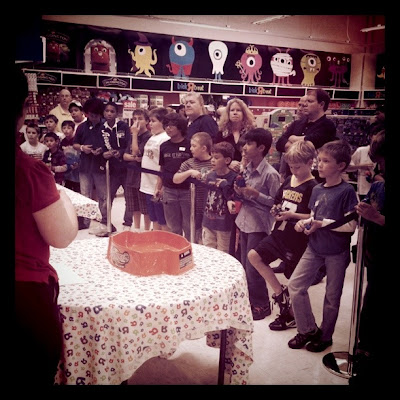 Harris is now on the road to black belt.
He earned his second strip on his red belt. 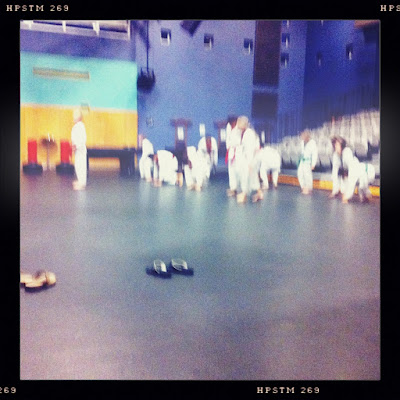 Sunday dinners are a favorite around our house. 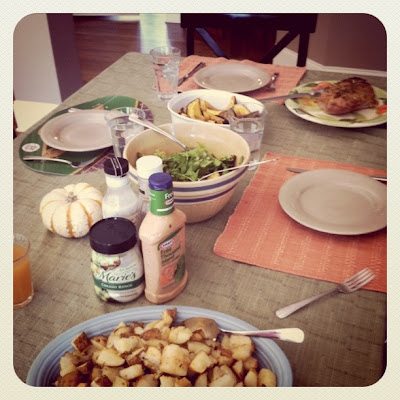 Roman and Addy went to the Cardiologist this week
Addy's hole is almost closed.
Addy now weighs 11 pounds 3 ounces and is 23 inches long.
Roman's MRI report came back saying no surgery at least this year! 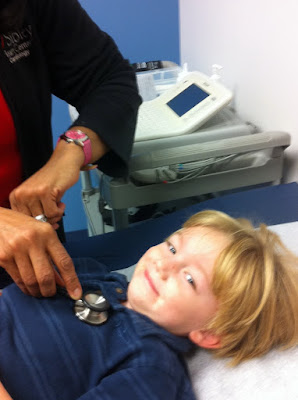 Winston is participating in the Battle of the Books at school.
A trip to Barnes and Nobles was needed to pick up more books to read. 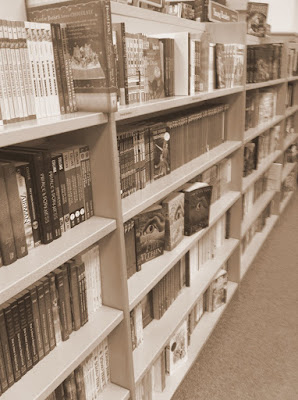 Valentina Fussell said…
That is fantastic news for Roman and Addy!! YAY!!!! I love all your snapshots! I didn't realize Beyblade was popular in the States. It is THE thing here!
October 29, 2011 at 2:33 AM