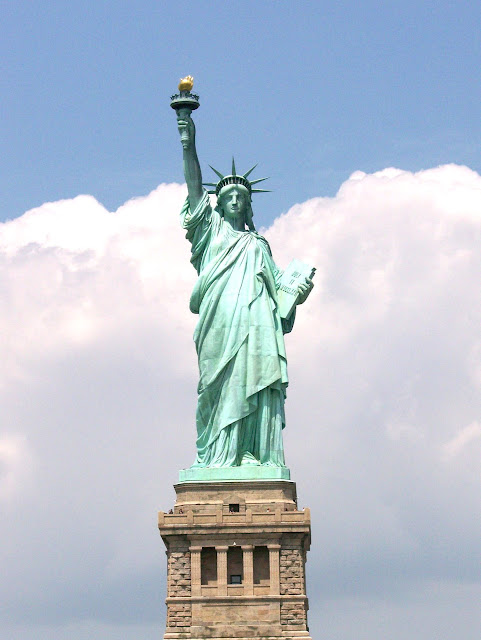 It is hard to believe that a decade has gone by since September 11th because on that day I think maybe many of us didn't know how we would go on. It seems like yesterday. Do you remember what you were doing on that day? I sure do, I had just discovered that I was pregnant with my second child. We were living in East Lansing, Michigan. My husband was at work. I was feeling sick. We hadn't told our family yet, and we're going to make the phone calls on that day. I had just gotten back home from dropping Harris off at preschool when I turned on the TV to Good Morning America. I couldn't believe my eyes. The first tower was on fire. What they were saying wasn't making sense in that they were reporting an airplane had crashed into the tower. My first thought was a small plane, but then they said it was a large commercial plane. It wasn't long after I turned on the TV that the second plane crashed into the second tower. I couldn't believe it. That was when I knew it wasn't an accident and I think maybe others did too. I was in shock. I sat their numb,  not really knowing what to do next. My eyes were glued to the TV waiting for more news. While I didn't know anyone who personally died that day. I have had many family members who have fought over in Iraq and Afghanistan. So, I was thinking that I don't want to simply just remember, but I want to do something good. Then the idea came to me to challenge you to do something good. It doesn't have to be anything big. Maybe take cookies to a neighbor or bring a meal to someone in need. Smile at someone or address the checkout person by name. Maybe you want to do something big. While we can't change the events of that day maybe just maybe by doing something good this week we can make this world a better place. Are you in????

Arctic Mum said…
I remember the day, I saw the first message of the first plane on text tv, then we watched tv for hours. Some friends without a tv came over too. I will try to do something good that day. Did I mention I think you do so many wonderful things with your family, and activities with your boys. I feel like a tired and not very patient mum these days, hopefully will be better! I hope you're selling the house soon!
September 6, 2011 at 4:10 PM

Jen Price said…
What a fantastic idea! I certainly remember that day. We were in London on the tube heading to the airport to fly to a Muslim country. I can still remember the chaos. It was also our 2 year anniversary. It is still a bit strange to be celebrating our anniversary on that day.
September 6, 2011 at 10:27 PM

Chasing Rainbow said…
I remember that day. I was at my office and got a frantic call from my sister.

cate said…
since we live in the neighborhood, we are most definitely a part of the events that will go on this week and weekend. we are being forced to tell our first grader about 9/11, and i have to admit that i am not so excited about that. the kids are supposed to do a whole thing at school.

Emily said…
What a great way to shift the focus to something positive and hopeful. I love the idea of using the anniversary of September 11th as a day to reach out and encourage community and connection. I'm in!
September 8, 2011 at 10:05 AM