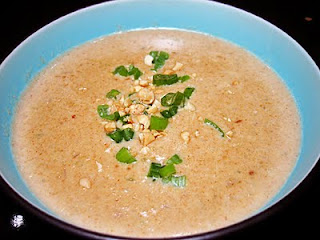 Coming up with a souvenir from my city was kind of hard. The city I live in is part of a larger city called Atlanta. In and of itself we are not really known for anything that someone could take home with them after vacationing here; however, we have a great Baseball team called the Braves, we have lots of historical monuments such as Stone Mountain or the Martin Luther King Jr. exhibit. You can even visit the house where the Gone with the Wind was written. Our state has an ugly history of slavery. In fact, the city was burned during the Civil War. Like a Phoenix, the city has risen from the ashes. It has become an economic powerhouse for the south. I am not originally from this city or even from this state. When we were considering moving here we were not too sure, and one of the concerns we had though minor was that our children would begin speaking with a southern accent. Not only that they would speak English with a southern accent, but that they would begin to speak German with a southern accent. We have fallen head over heels in love with our city and with our state. While peaches might be the more logical choice for a souvenir because we are known as the Peachtree state, I choose peanuts. Peanuts have gotten a bad rap recently in the news because of salmonella poisoning, however, peanuts are a major economic resource to our state with two of the major peanut butter brands such as Jiff and Peter Pan being manufactured here. Jimmy Carter who was our 39Th President was a peanut farmer. If you are not allergic to them, they are lovely in cookies, on sandwiches, and as a soup. Have you ever tried Peanut Butter Soup? It is something not to be missed. Try this recipe out that I found on Rachel's bite http://rachelsbite.blogspot.com/2007/01/georgia-peanut-soup.html . All I can say is yummy!!!! For more corner view visit Jane at Spain Daily located on the left-hand side under my blogroll.
Labels: corner view

Elizabeth said…
I grew up in Atlanta and would be hard put to figure out what are "souvenirs!" I think you did a great job, and the soup looks interesting.
October 7, 2009 at 1:55 AM

likeschocolate said…
The soup goes back to the colonial days and is really delish! Doesn't sound like it is, but it is really yummy.
October 7, 2009 at 6:50 AM

liza said…
I love that you have Jimmy Carter up there!! Thank you for teaching us a bit about Georgia. I will have to try that recipe, no PB allergies here - it's a staple in our family!
October 7, 2009 at 1:52 PM

Anonymous said…
I think it's wonderful that you've come to love your city and state! I have a hard time finding peanuts or peanutbutter here - next time I do (around Christmas time, usually) I'll try our soup!
October 7, 2009 at 2:39 PM

Cate said…
i love peanut butter anything and, as a native georgian, grew up eating PB & honey nearly every single day of my life. good choice!
October 7, 2009 at 3:05 PM

Kasia said…
I loved your story. And I do love peanuts too and warm toasts with peanut butter are my fav! Thank you for sharing!
October 7, 2009 at 5:03 PM

Palmer and Co said…
The soup sounds good actually! Gotta have peanuts at a ball game! So dang good!

Anonymous said…
Jimmy Carter a peanut farmer? I WILL copy that souprecipe. I happen to loooove anything with peanuts (except...-so strange- for peanut butter..wierd isn't it??)
October 8, 2009 at 2:36 AM

urbaNiche said…
the soup recipe sounds yumm!!
thanks for dropping by and your take on the corner view was different and refreshing!
i did mine last night ;)
October 8, 2009 at 7:44 AM

Ian said…
Yep, Jimy Carter will always bee rembered as the peanut farmer. I've always thought of him as an honest, well-meaning man, but sadly, events in Iran wrecked his presidency.
October 8, 2009 at 7:50 AM

malo said…
I recently made a veggie chick-pea casserole with peanut butter in it. It tasted so good and the peanut butter really added a great twist.
The soup sounds like something I would like to try too. Thank you!
October 8, 2009 at 1:24 PM

Nihal said…
Peanut butter. Yes, I love it, and we usually used to eat it at breakfast time. On a piece of bread, yummy indeed.
But a soup made from peanut butter grabs my attention. Have to go to Rachel's page and write down the recipe quickly. I'm always in for first-try things, and friendly advices:)
Big thanks for sharing, and miles of smiles from Istanbul to Atlanta:)
October 9, 2009 at 10:34 AM

Jonesy Rae Photography said…
Definitely trying the recipe! Oh, and don't forget the ever needed BOILED PEANUTS. If visiting they really are a MUST to at least try. Doesn't mean you have to like them!
October 9, 2009 at 8:26 PM

Jamie said…
The accent was one of Perry's fears of moving here. As cute as he thought it was on me, he didn't want his boys sounding like a hick. They aren't too bad- bear and dad are the only words that you can tell.
October 9, 2009 at 9:01 PM

Jeannette said…
Years ago I had some peanut soup and it was delicious. I have to try the recipe! Thank you for giving the link.
Have a great week.
October 10, 2009 at 5:27 PM