A cold Trunk or Treat!

The last couple of years around Halloween have been very cold, so this year the church carnival was moved indoors. The boys had a blast! They each won a giant cupcake at the cake walk and a couple of goldfish. Which was good because spot died yesterday. We found his tail caught in the air pump. Hot dogs, potato salad, chips, lemonade, cookies, and macaroni and cheese were served. I love looking at everyone's costumes. We had everything from Ninjas, Tina Turner, pirates, clowns, a few fairy princesses. I love it when families dress as a theme. I tried to get the boys to go as the three musketeers, but the older two wouldn't go for it. I guess the era of themed costumes are over. Afterwards the children went from car trunk to car trunk collecting their candy. The sugar high lasted an hour after we got home. 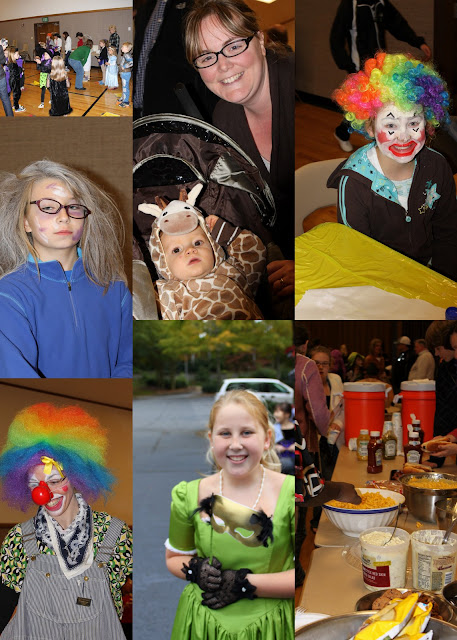 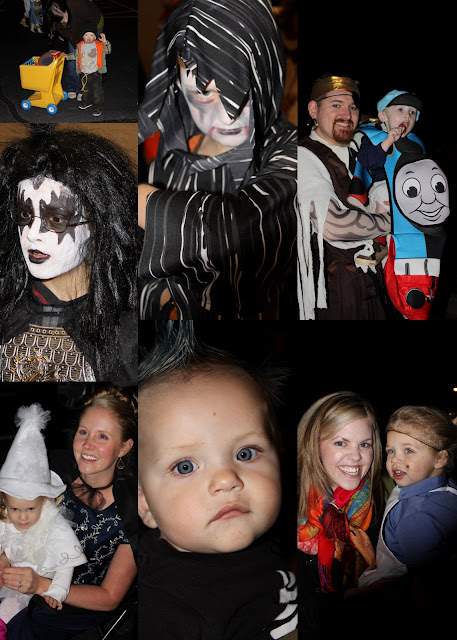