It was probably a mistake to go to the Frankfurt Christmas market on a Saturday and probably a Saturday so close to Christmas.  Today we drove into Frankfurt to go to the Christmas market to see how it compared to the Nuremberg market.  The market was jammed packed and one could hardly move.  It took my children three goes around to ride the carousel not because there were so many people riding it, but there was no clear line and so when it would stop everyone would just push and shove their way on and my girls were just not fast enough to get a horse.  Unlike the Nuremberg market, their was no children's section and if you are just happy to get  a glass of gluhwein than you are in luck.  I have to say the food was not as good either.  One booth not at the Nuremberg market was the Raclette, but I don't think this is necessarily a bad thing as the stench from the cheese was so bad that even my kids were like mom what is that smell. We ended up leaving as soon as the girls got their cotton candy and a ride on the carousel as it really was just miserable. We had intended to go to the Bad Homburg markets afterwards as this one is suppose to be located near or in the castle grounds, but the temperatures dropped and thought that it would only end in disaster.  All was not lost as we discovered the Sky Mall where I was able to get some new jeans for the girls, hot cocoa from Starbucks, and we ended the day with tacos from Chipolte.  Yes, Chipolte!  This California girl loves her taco's. So the lesson learned and for those of you who want to come to Germany someday for the markets is I think is come early in December end of November, if possible during the work week, and if not be prepared for crowds. Also, do not expect to be able to do your Christmas shopping at the markets unless you are planning on giving creches or ornaments to everyone. 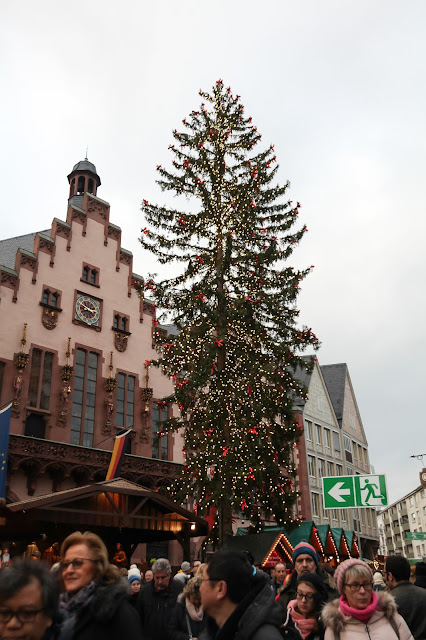 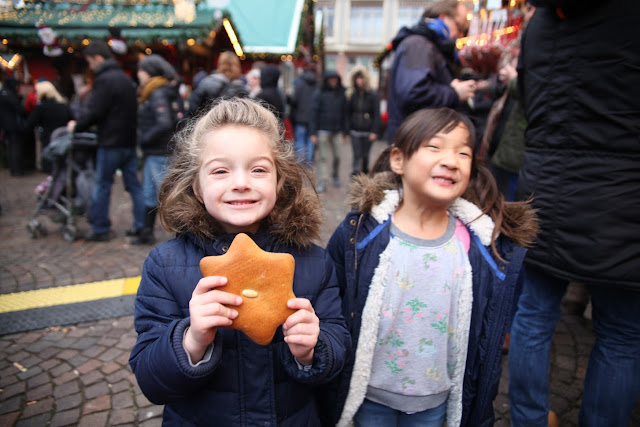 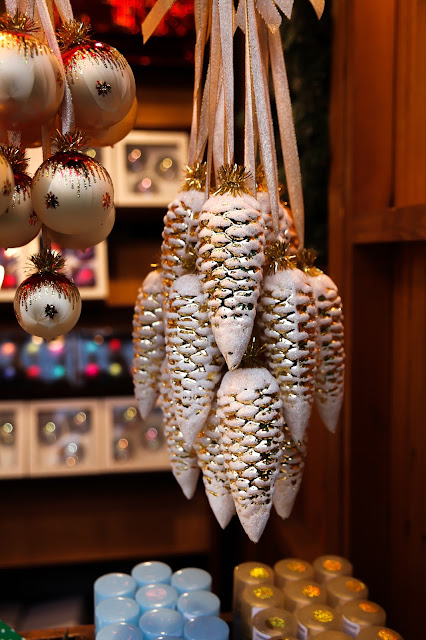 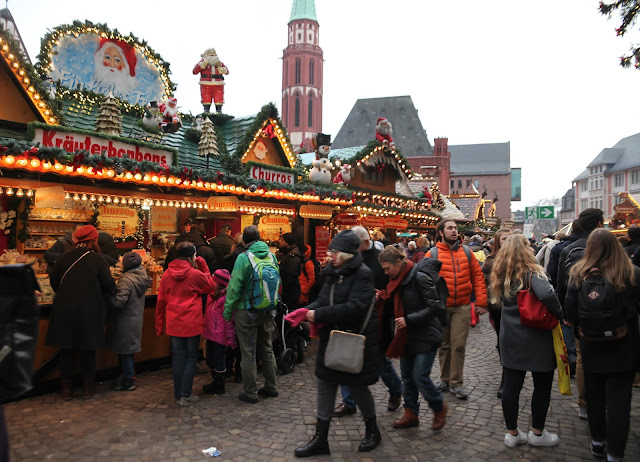 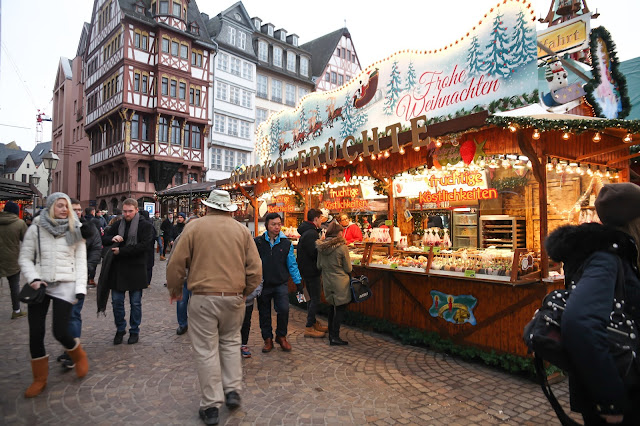 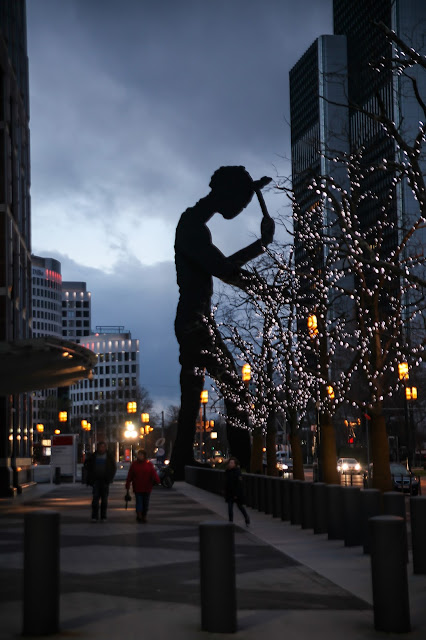 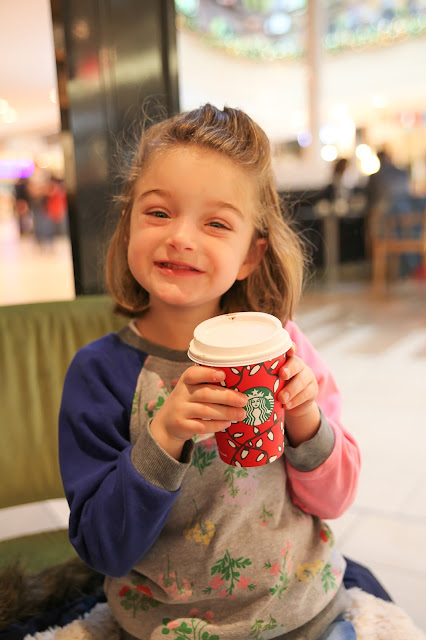 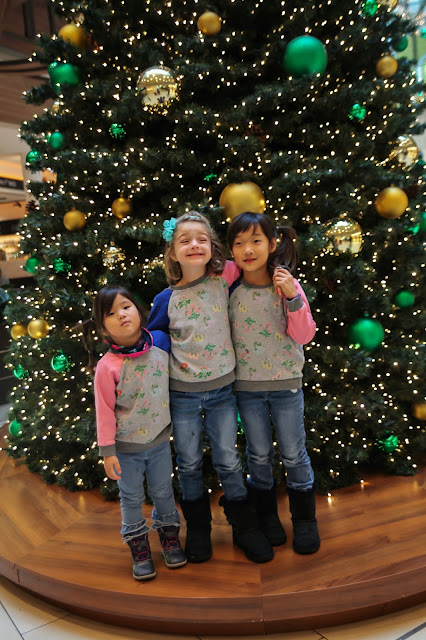 Daniela said…
My Dear Friend,
you've truly warmed my heart with this so touching post pof yours, thank you !

Wishing you a Merriest and Brightest Christmas ever,
and a New Year filled with Love, Peace and Blessings

Anonymous said…
Sorry, it was so busy! But it maybe more stressful on parent than the kids:)At least they seemed to enjoy their chocolate milk:) I also see a churros booth here:) Do you know that in the mid eighties there were no Christmas markets? (not like this with all kinds of food stands etc., only Christmas trees) Glad you got home in one piece! Many thanks for giving All Seasons a taste of what it was like:) A merry Christmas to you and your family, Kelleyn:)
December 17, 2017 at 8:55 PM

NCSue said…
Beautiful shots!
Thanks for taking us on a virtual tour of the market and thanks for sharing at https://image-in-ing.blogspot.com/2017/12/a-word-ful-wordless-wednesday-on.html
December 18, 2017 at 3:10 PM

Seraphinas Phantasie said…
Hi Kelly,
wonderful photos and impressions of the Christmas market in Frankfurt.
So beautiful !
Best, Synnöve
December 21, 2017 at 3:40 AM

eileeninmd said…
Hello, the Christmas market does look like fun. But, I tend to stay away from crowded places with people. Your children look happy. Fun photos.

Thanks always for your visits and comments this past year. Have a happy day and weekend ahead. Merry Christmas to you and your family.
December 21, 2017 at 7:09 AM

Fun60 said…
German markets seem far superior to the French ones if Lille is anything to go by. Have a good Christmas.
December 21, 2017 at 2:24 PM

Angie said…
The pictures look great; sorry it was not a good experience for you. As I get older, I find I have less tolerance for crowds!!! It sounds like Starbucks and Chipotle saved the day! Merry Christmas and Happy New Year.
December 23, 2017 at 1:00 AM