It is beginning to look a lot like Christmas, but not because the ground is covered in snow, it all melted by Monday morning. It is beginning to look like Christmas because we went to the Nuremberg Christmas Market today. It was a whirlwind trip made possible by my mother-in-law and father-in-law who watched the children. We left shortly after breakfast. It is 3 hours drive from our house to Nuremberg. It was so well worth the trip. We made a stop at the Nazi Congress Hall, but that is in my next post. It was a seriously so much fun!!! I think we literally ate our way through the market starting with some Nuremberg wurst with brothchen. Yum! Then we moved on to the Mohren Kussen. After exploring the near by church, shopping, and more delicious food we purchased a Christmas Pyramid.  I have wanted one for such long time.  It truly was  a magical day. 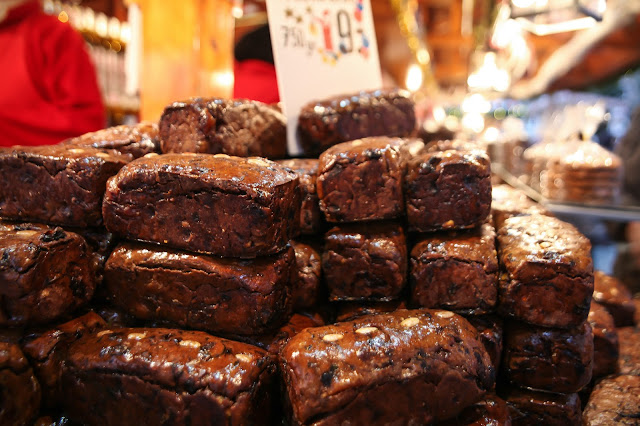 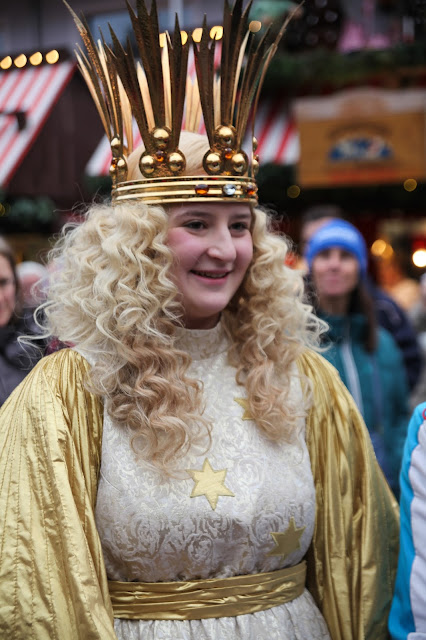 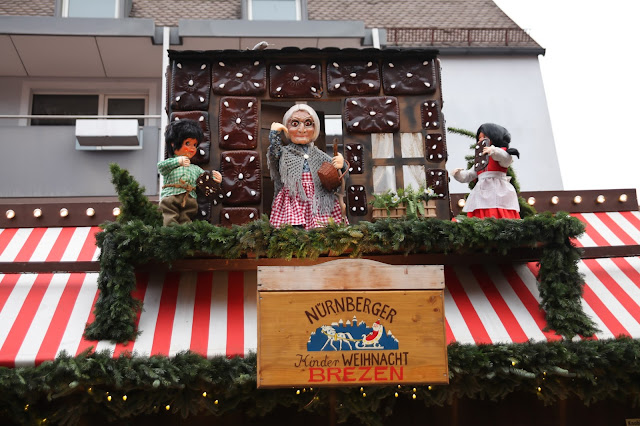 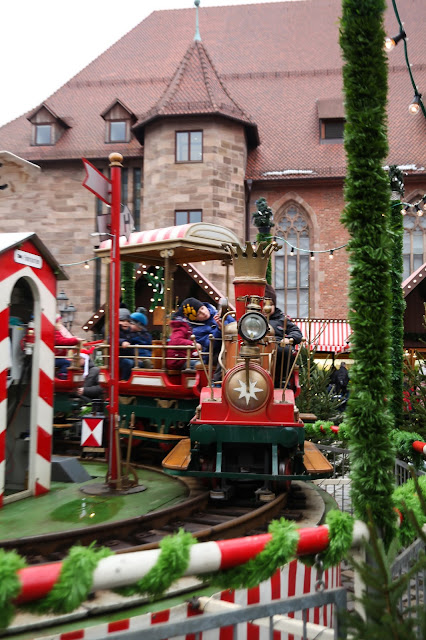 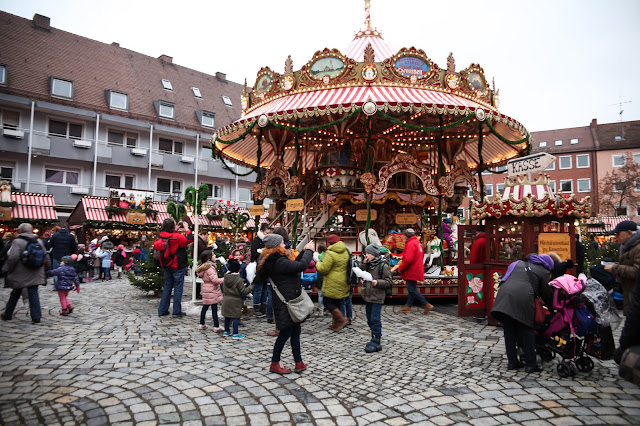 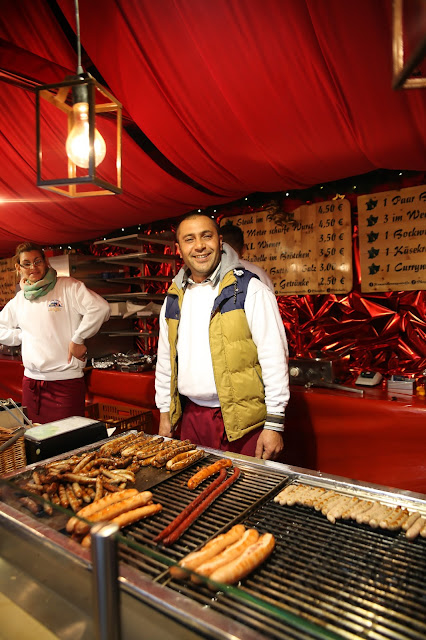 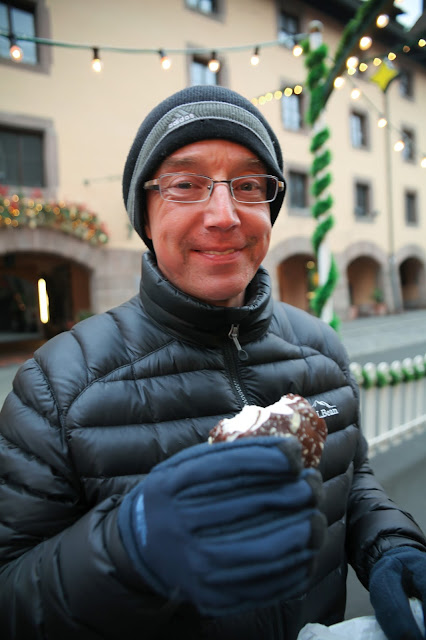 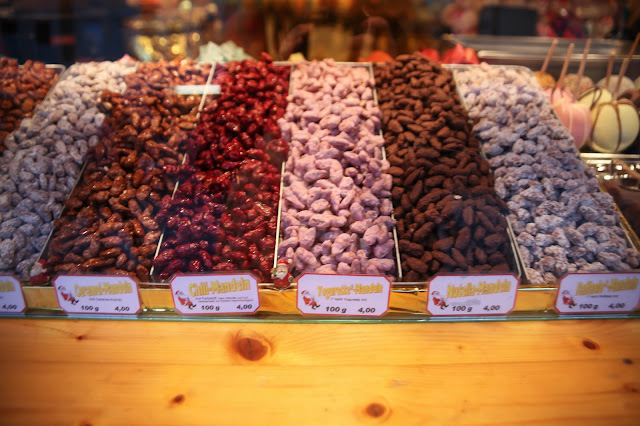 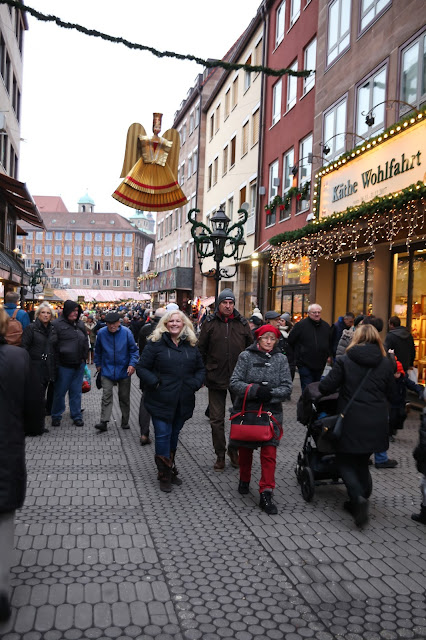 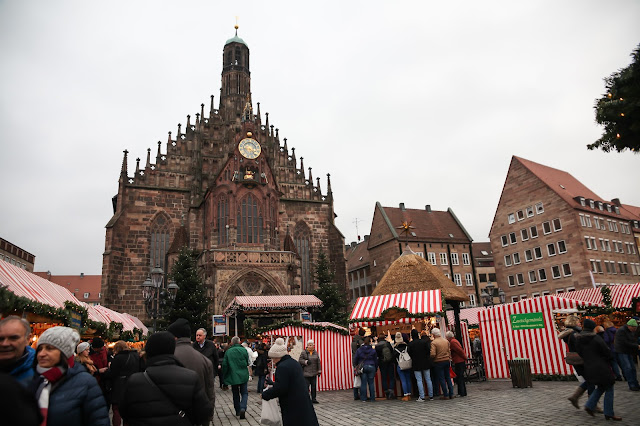 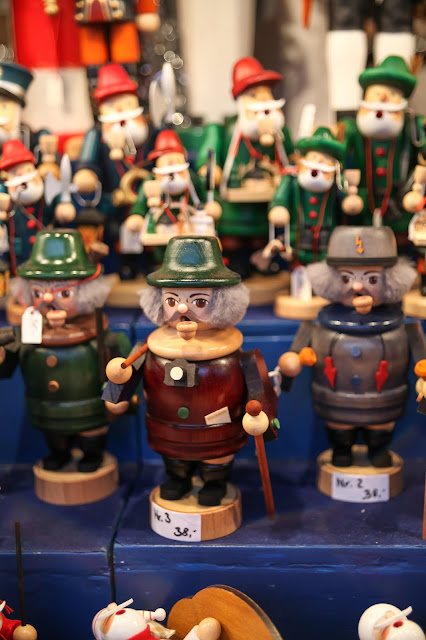 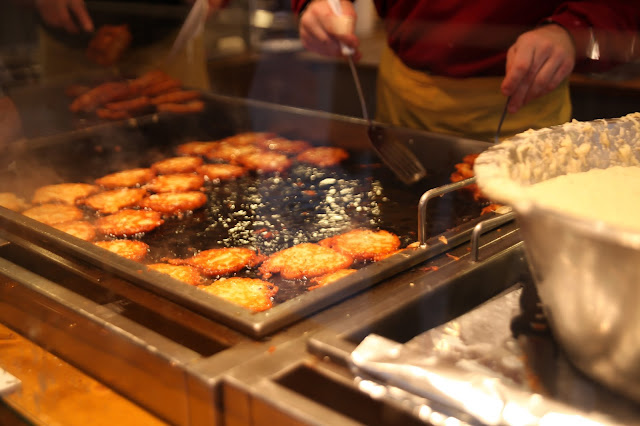 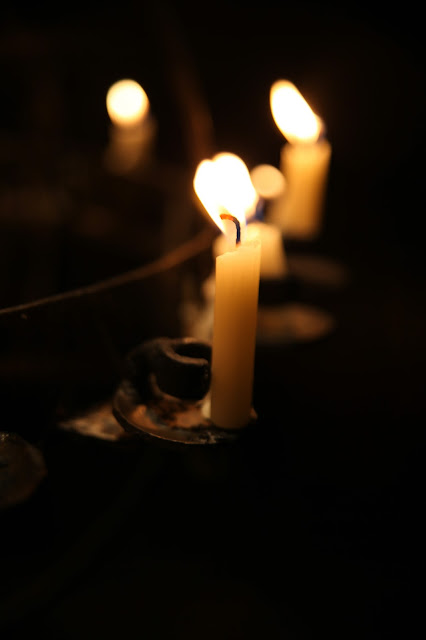 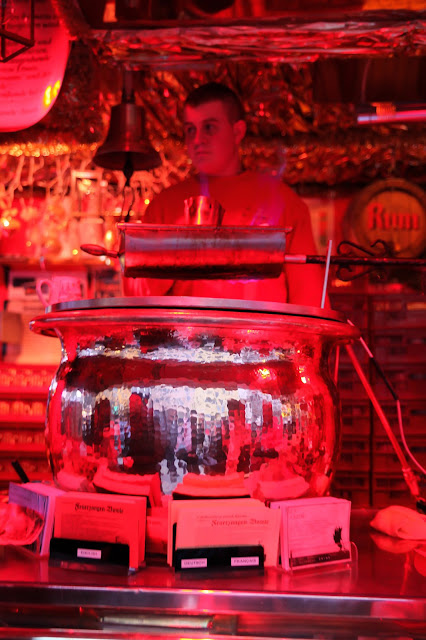 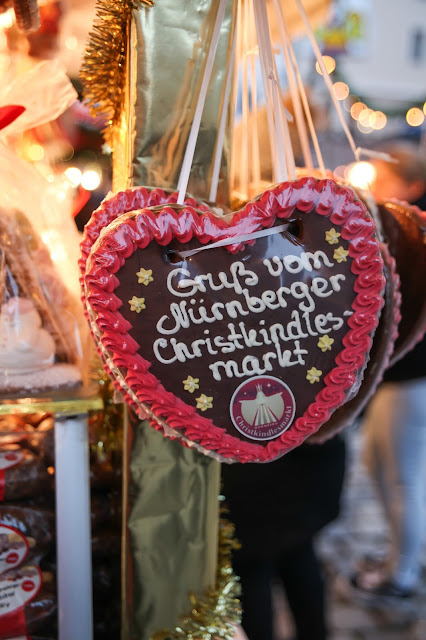 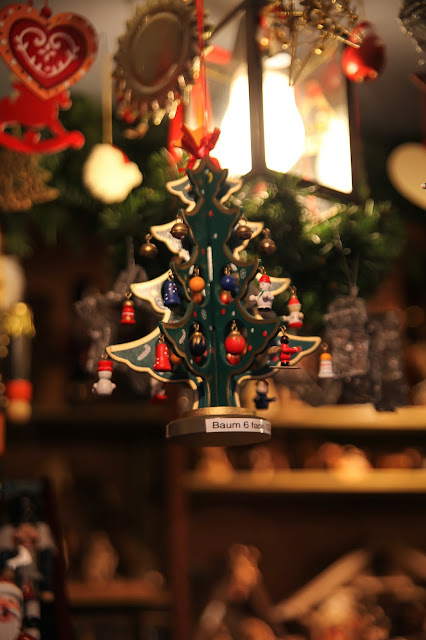 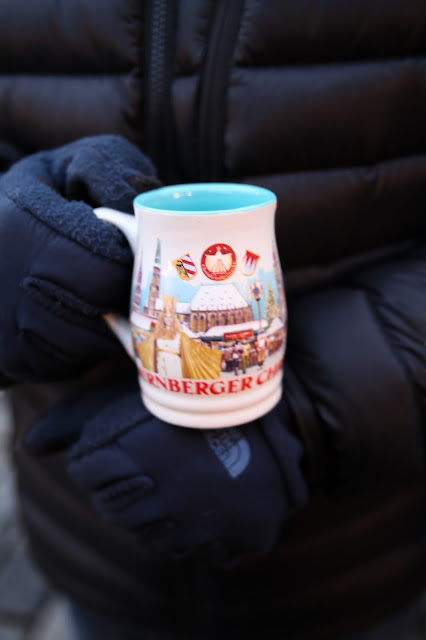 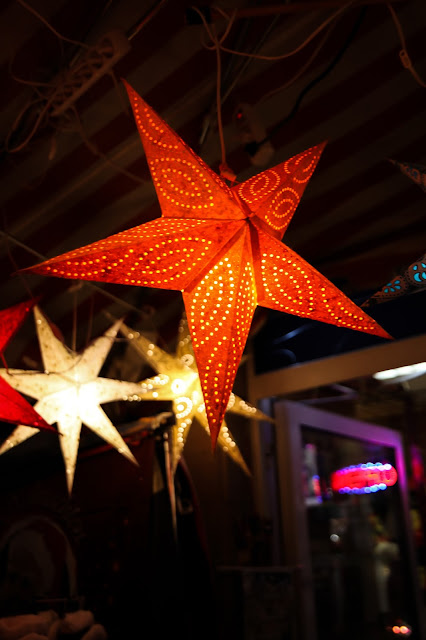 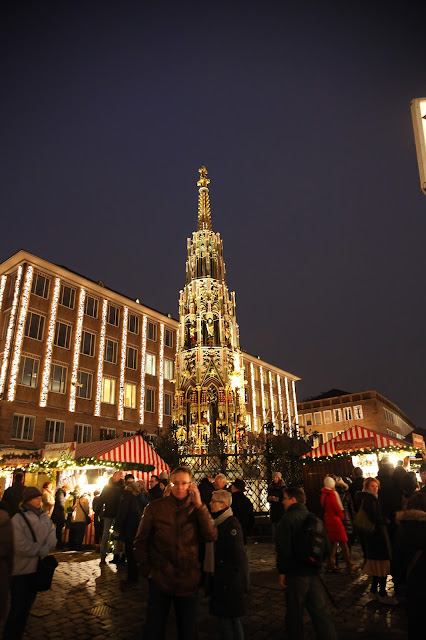 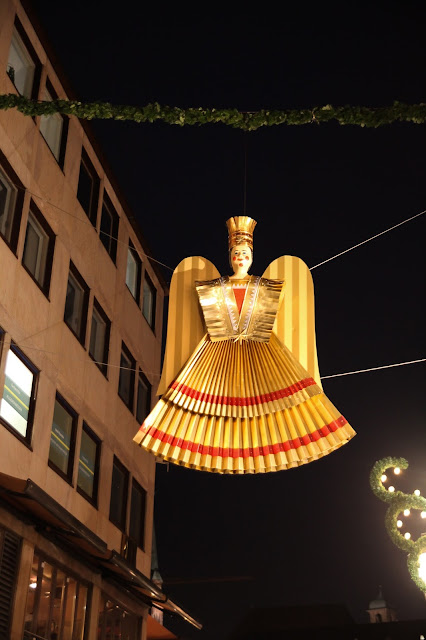 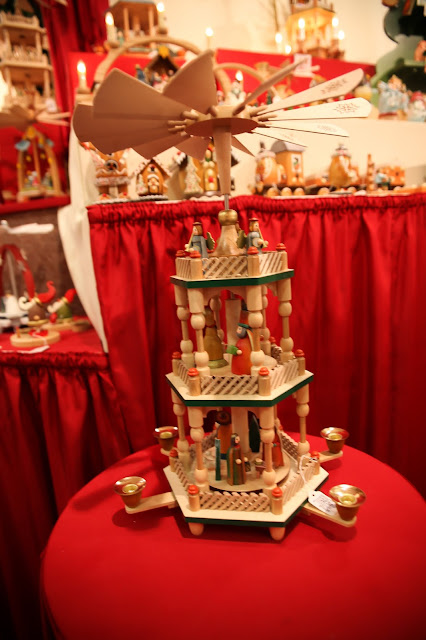 The origins of the Christkindlmarkt nobody exactly knows when, but some believe it goes back all the way to 1628. What is cool is that this markt is a sister city to our Christmas market in Atlanta.  While we didn't drink any Gluh wine a spiced wine punch, this market is famous for its wine punch because of the giant rum sugar cubes that are slowly heated over the punch allowing the sugar to caramelize. My personal food favorite is the Reibkuchen served with garlic sauce which is essentially a hash brown  that can be served with a cranberry jam, applesauce, or herb quark. The market sells all kinds of Christmas ornaments, jewellery, woolen goods, candles, soap, and so on.  Children are not forgotten either as they have their own special part of the market with an opportunity to take a photo with Santa, ride a train, or a carousel. You don't have to drive to Nuremberg to go to a Christmas market as almost every village has one, but this one is probably one of the most famous.
Labels: Germany

NCSue said…
What a festive and wonderful place to get into the Christmas spirit!
Thanks for linking up at https://image-in-ing.blogspot.com/2017/12/the-explorer.html
December 6, 2017 at 6:36 AM

Phil Slade said…
It does look a wonderful place to feel the Christmas sprit. Good of your parnts to give you a break too.
December 6, 2017 at 10:35 AM

NanaHood said…
I would love to go there! That looks like so much fun. Thanks so much for visiting NanaHood and do come back!
December 6, 2017 at 10:49 AM

Anonymous said…
Sounds like a perfect day! The Christmas Markets in Germany are truly outstanding. Susan
December 6, 2017 at 8:27 PM

Mitzi said…
There is nothing like the outdoor markets found in Germany and outdoor markets during Christmas time...well those just rock! Thanks for the memories I lived there for 5 years in the early 80's and still hold those memories close to heart!
December 7, 2017 at 4:58 PM

Pauliina/PauMau said…
Outdoor markets in December brings the Christmas feeling :-)
December 8, 2017 at 6:36 AM

Sharon said…
So festive, charming, and beautiful! And the food looks so delicious! We were in Nuremberg in October last year and people were already gearing up for the Christmas Market. It's my dream to go some year!
December 9, 2017 at 1:41 PM

EricaSta said…
I enjoyed this Post, Dear Kelleyn... I know Nürnberg very well! Wish you and your Family a very good time.
Heidrun XO
December 10, 2017 at 4:14 AM