The boys arrived on Saturday and boy did it feel good to have them in my arms.  Poor Harris couldn't keep his eyes open. Coming from Utah, he had traveled almost 24 hours from door to door. I asked him if he was able to sleep on the plane, but sadly he wasn't able to sleep. Winston fared a little bit better as he was able to catch a nap on the plane and only coming from Atlanta his day wasn't as long. Oma (my husbands mother) went with my husband to pick the boys up. After dropping off Harris, my husband took Winston out for Schnitzel at the Windhofen. Then later that evening we went to the Christmas market in Geissen. Geissen is a much bigger city than Butzbach and is about 25 minutes from our apartment. Geissen was a much better experience than the Christmas market in Frankfurt. No crowds and the food was much better! I couldn't help but get another mug filled with kids punch. I don't drink alcohol but the kids punch is pretty good.  Each market has their own mugs and designs. Well that wraps up the Christmas market season. My favorite was Nuremberg with Geissen a close second.  Frankfurt was my least favorite even over our city one here in Butzbach.  Christmas is over now, we had a lovely evening with my husbands family. Prior to going to their house we went to his mother's church for the kids program. It was so cute!  One soldier could barely lift up his sword and another lost his helmet and when he put it back on he put it on the wrong way.  The music was lovely and it really brought in the spirit of the season. We are off to show the boys some of the sights this week along with see the Star Wars movie and maybe go to a trampoline park.  Wishing you all a wonderful week. See you soon-Kelleyn 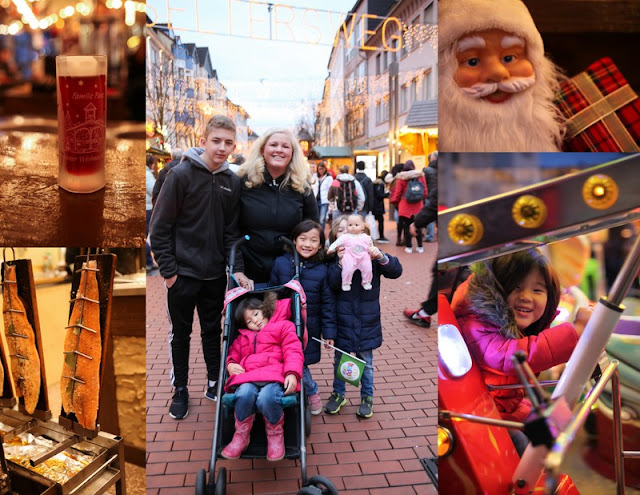 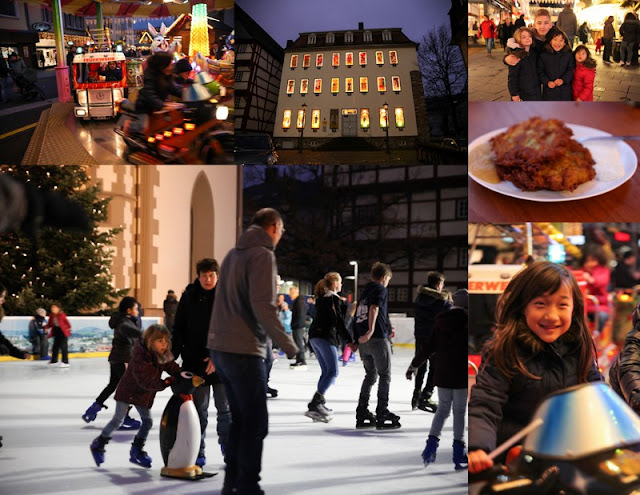 Anonymous said…
So many experiences for all of you! Happy you found a better Weihnachtsmarket! Hope you had en Frohe Weihnachten:) I sent you an email about the print of the painting and will send it to you after I receive a confirmation email with your address.
jeannette (dot) coevorden1 (it's the numerical 1, not the writing letter l) (at) yahoo (dot) com

EricaSta said…
Nice to read about the market in Geissen. Wish you a very good time with the whole Family, dear Kelleyn.
It's a lovely time...

Holly said…
Christmas in Germany looks splendid.Glad your all fairing well. Cheers to the New Year.
December 27, 2017 at 4:16 PM

Mandy said…
Hope you had a lovely Christmas day. I'm so jealous that you are able to visit all of those amazing Christmas markets. I traveled to Europe approximately two years ago and got to explore a few (Paris, Stuttgart, Prague), but I'd love to return during the Christmas season. The Christmas markets in Europe are truly something special. :)
January 7, 2018 at 5:56 PM