Roman Chicken and Other Happenings!

Thank goodness it is Friday! It has been a long week. Mostly just busy.  One child got 6 stitches last weekend, but I am not allowed to say which child because he made me promise that I wouldn't post any pictures on the blog or say his name.  He gets them out in the morning.  This week I tried a new recipe for chicken called Roman Chicken. It was so good. The kids didn't like it so much, but at least I tried.   Was able to clean out some of the basement this week by giving away the clothes from the boys.  It was a little bit bittersweet because the clothes have so many good memories, but at the same time, it feels good that someone else can get good use out of them.   I was also able to catch up on all the thank you notes for gifts that have been given to us for Addy.  It has been so much fun getting packages in the mail.  It's like Christmas! 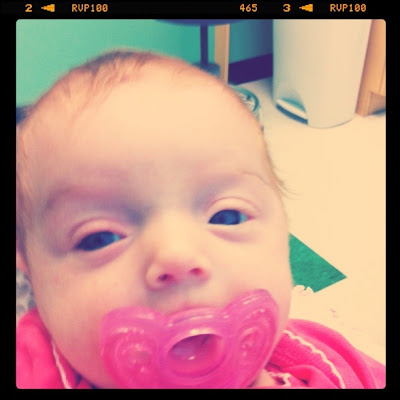 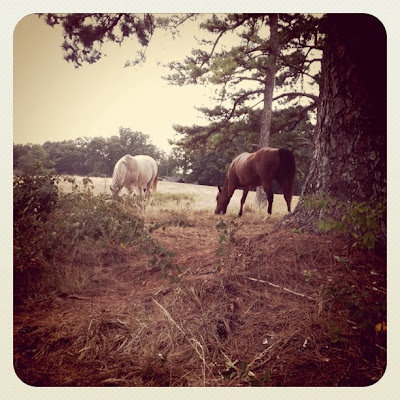 Love that we now live in the country.
I see these horses just about every day. 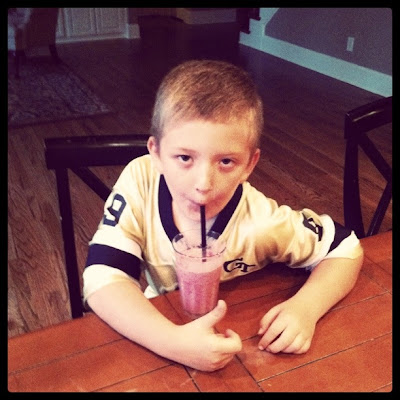 Too tired to make dinner, so I threw some fruit in the blender and made smoothies for the kiddos.
It was the best I have made.   I think it was the 1/2 jar of freezer jam that I added to the mixture.  I was too tired to cut strawberries, so I used some of the freezer jam that was in the fridge.

Company EIGHT said…
love all the pictures, especially of that darling miss addy.