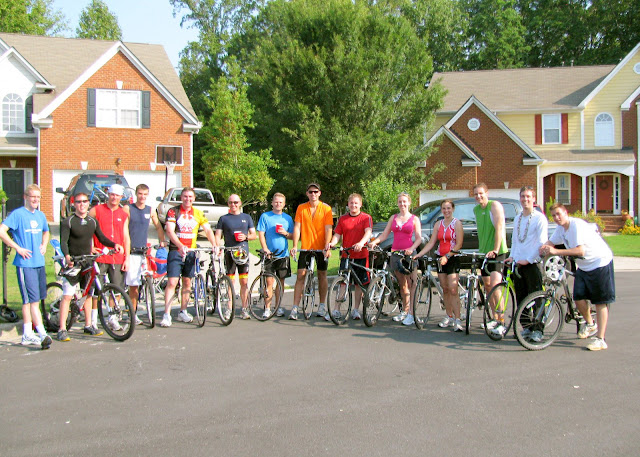 Last weekend Frank participated in the Backyard Triathlon. A triathlon is just a group of guys who get together every once in a while to compete against one another and blow off some steam. I don't think it is a full-blown triathlon but is considered a triathlon sprint. My husband did us proud! He finished 6 out of 15. He was by far the oldest. The winner was 14 years his junior. Watch out though next time he is going to change his strategy and who knows maybe he will come in first. He had a great time!

Other random things going on around here. Last weekend, I took Roman to see Kung Fu Panda 2 which was free because it was sponsored by Land O Lake for children with disabilities. He loved the movie. I had a hard time keeping my eyes open. I also took Harris to see Pirates of the Caribbean 4. It was one of my favorites in the series. Harris also participated in a basketball camp and had a great time learning and improving his skills.  As for me, I am spending my husbands' money finishing off the babies room.  It should be finished next week.  I can't wait to show you!  I tried a new recipe this week for an Enchilada Rice Bake, but it was not a success with the family.  Oh well, you win some and you lose some.  At least they tried it!
Labels: daily life