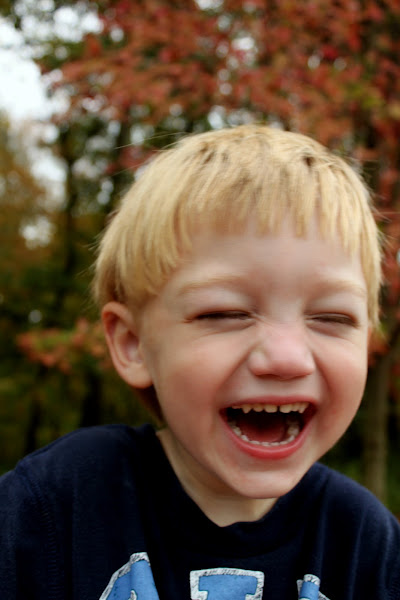 As we were driving in the car to church
Roman asked me,"What is your favorite Color?"


Me: I like blue. Then I asked him what is your favorite color


Then Roman asks me what is my favorite Super Hero?


Roman: He is not a Super Hero?


Hulk, Silver Surfer, the Thing, and Wolverine they are Super Heroes


I reply; Superman is too a superhero.


"Mom, what is your favorite Super Hero," ask Roman

He is learning the days of the week and months at school and often asks me what month it is or what day it is. When I told him yesterday it was November he told me October was all done.

He finally learned his colors last week which was a big relief because we thought he was color blind, and now goes around pointing out the colors of things in the house or on the street.

Bedtime conversation last night. Roman asked me if Santa was coming tomorrow. I told him no that he comes in December. He said, "OK, next week." Didn't want to break his little heart, so I let it go. I asked him What he wanted for Christmas and he told me he wanted a Batman Cave, an ice cream maker, and moon sand. He was so happy when I told him we already had an ice cream maker. I thought it was a pretty funny request for a three-year-old.

After living in a candy coma all week, I finally convinced the boys to give up all their candy for $5, Yahoo we are candy free.
Labels: daily life

Unknown said…
He sure sounds like a funny kid! :)

Thanks for stopping at my blog. I hope you'll come back again soon. Also, I noticed you processed a photo in another post with selective color. If you like this technique, you might be interested in my weekly link-up, Color Splash Sunday. Here is more information: http://purple-hippie.blogspot.com/p/color-splash-sunday.html.
November 14, 2010 at 5:08 PM

By the way: It's so nice to meet you! and thank you so much for stopping by my blog.

Elisa said…
I have a nephew named Roman, he is 4 and his younger brother is 3. They say the darnest things to each other when my sister is driving them around. I really miss being away from them.

thank you for the advice. I will stop stressing about it and like you said, as long as she is dressed for the weather, then it's ok.
November 17, 2010 at 3:29 AM