A is for Apple 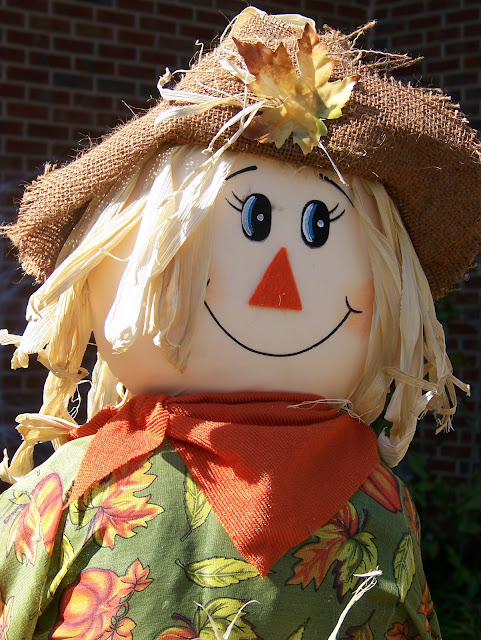 In the fall, I crave two things donuts and apples. Not necessarily the two together. I only eat donuts in the fall. This tradition started a few years ago when we lived in Michigan and would go to Uncle Johns Pumpkin Farm. I miss this place. They don't charge an entrance fee like some of the places here in the south. The only thing that cost is the pumpkins of course, and a little train ride or the corn maze. Really you couldn't complain about this either because the charge was just a dollar. Besides selling pumpkins, they have an apple orchard and make their own apple cider and donuts. After riding the wagon out to the field and picking out our pumpkins we would get a jug of apple cider and fresh donuts. Yum! I love apple crisp. I love apples and caramel. Only in the fall though. Shortly after getting married I discovered a cookbook with a recipe to make apple sauce in the microwave. I couldn't get any easier. I have made a few changes to the recipe such as reducing the amount of sugar. The original recipe can be found in The New Basics Cookbook by Julee Rosso and Shiela Lukins. The owned a famous cafe in New York. Here is my version of this recipe.


Microwave Apple Sauce
8 apples peeled, cored, and diced
(I use Gala, but you can use a
combination of apples you like)
1/4 cup of sugar
1 small lemon juiced
1/2 teaspoon of cinnamon
1/4 cup water
in a mixing bowl combine above items and microwave on high for six minutes
mash down with a potato masher and microwave for and additional 6 minutes.
If the mixture is still two chunky you can mash again or put in a blender.
I like it a little chunky and it goes great with Pork Loin, Pork chops, or Pork tenderloin.

Company EIGHT said…
That pork loin looks yummy Kelleyn! I'm not sure about the uncooked bacon though--what is it like when it's done?
October 8, 2008 at 9:42 PM