Have you ever taken a bunch of photos and then got home to realize that you had no memory card in your camera?  Well, that is exactly what I did today!  Thankfully, my friend took some, and I had taken some on my iPhone.  I am not sure how I didn't see the no-card sign on the display.  So frustrating! We arrived in Germany on Thursday morning and you can tell that Germany is definitely is not in a hurry for summer to come. The air was pretty crisp and it wasn't long before we were searching for the light jackets that we had brought with us. It feels so surreal to be in a foreign country after 14 plus months of no traveling abroad due to the pandemic. We were all are so excited to be here back in Germany.  My heart raced as the taxi pulled away from the airport and as we drove northward watching the city of Frankfurt turn into forest and then just as quick as it turned into forest turn into fields of various colors.  Mine being the bright almost neon yellow of rap fields. Then it is time to exit the hwy and meander through the little village that leads to our apartment. My husband who had been here a month before us was waiting on the street for us. Our apartment is cozy by American standards, but very generous by German standards.  I love our apartment though!  It is my second home!  I love how the neighbors know who we are and they were excited to see us. After getting our bags in the apartment the first stop was the bakery where the woman who runs the shop was so happy to see us.  Even after being gone for three years, she still knew who we are. Later, Oma and Opa came over after lunch to visit. Opa helped my husband Frank set up our new grill. It was more like Opa setting it up and Frank handing parts to Opa.  Thank you, Opa for your help! Afterward, we went and did a little grocery shopping.  The next day we walked into the city where we got Bratwurst, Currywurst, at Rewe which is a local grocery store here which is almost dirt cheap at a 1 euro 50 and that includes a bread roll alongside it. Some people prefer to eat the bread separately, but I like mine knicked which means broken in half and put inside the bread with ketchup on top. A walk into the city isn't a walk into the city without a scoop of ice cream from the local gelato store.  Avery got a scoop of stracciatella, Ivy picked blue icecream which was named paw patrol it included chocolate candy pieces, Addy got the same an Avery, Frank got Bacio which is a chocolate hazelnut flavor named after an Italian candy, and I have no idea what Roman got as his ice cream was gone just as fast as he got it. Later Avery, Ivy, and I went to our friend Marylou's house for the afternoon.  I am so glad that she was also vaccinated so that I could give her a hug. The girls had so much fun jumping on their trampoline and playing with their new rabbits. On Saturday we had a slow morning followed by meeting our new friend Marc who helps out all the missionaries of our church learn German. We picked up Marc at the train station around 1 p.m. and given it was Memorial weekend we headed over to the American Graveyard from WWII.  We then took a lovely ride to Braunfels where we visited the castle there and talked about the connection that this city has with America. Apparently, many Germans from this town went to fight against the Americans during the revolutionary war.  They were known as the Hessians.  They were pretty fierce fighters but were eventually captured and given the option to fight against the British or die. They choose to fight. After walking around the castle grounds we then drove back to Butzbach and gave Marc a quick tour of our little town before as he needed to head back to Leipzig. While we were touring the castle, my friend Angela watched the girls.  They had so much fun playing with her son Emilio and the neighbor's daughter. Well, this is a wrap on our first few days here in Germany.  I gotta head to bed.  I can't seem to keep my eyes open. 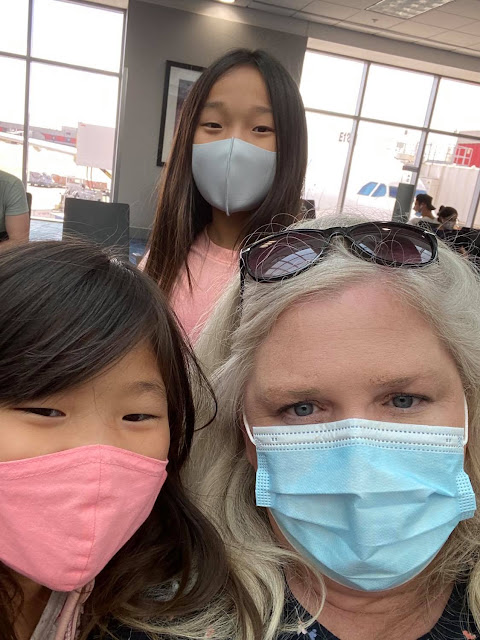 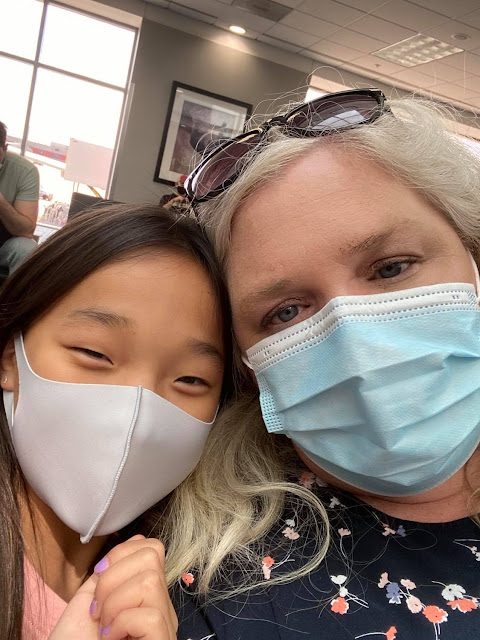 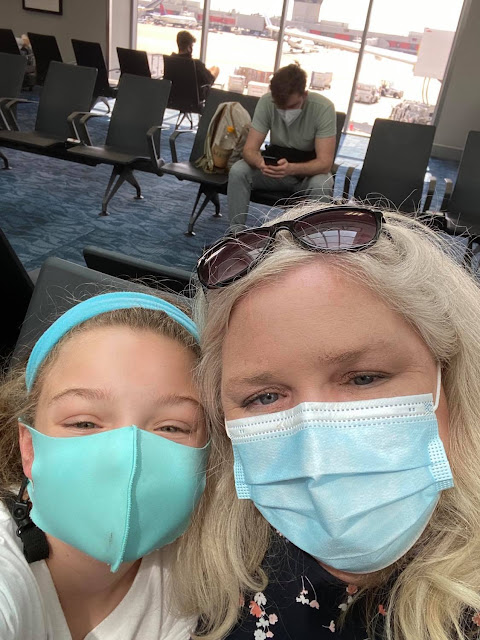 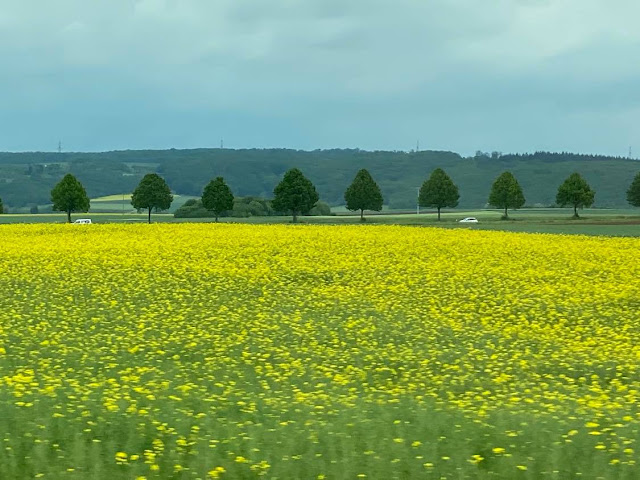 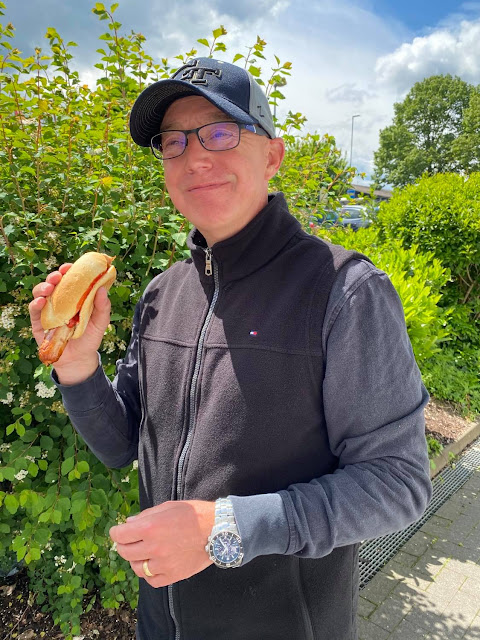 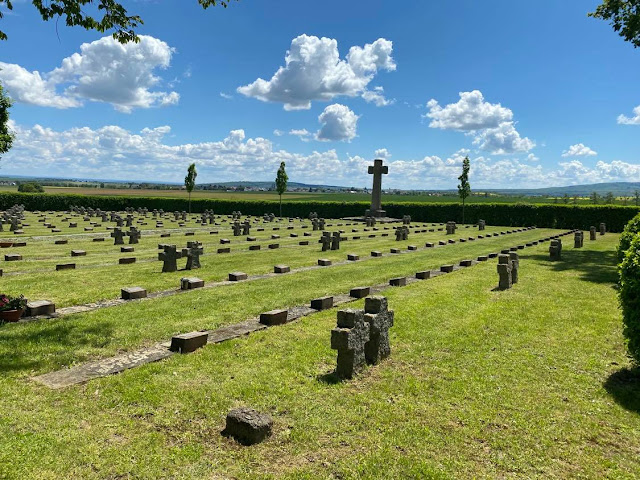 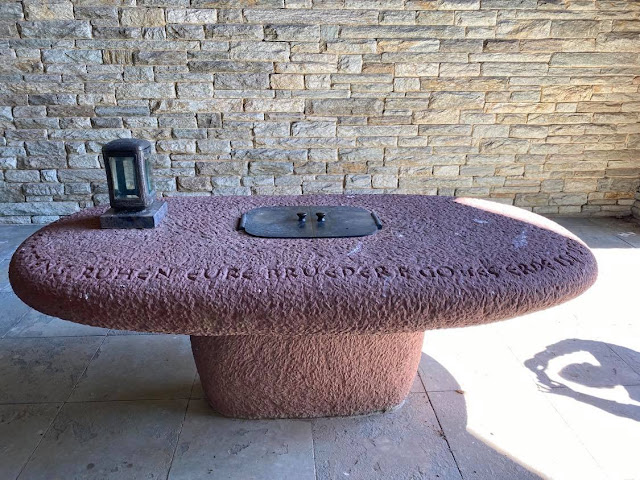 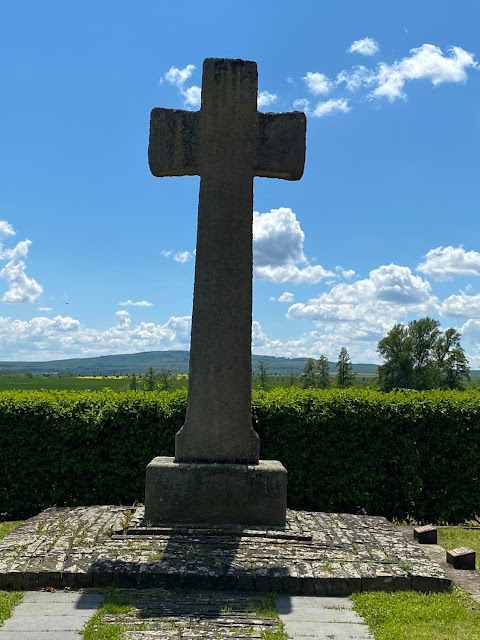 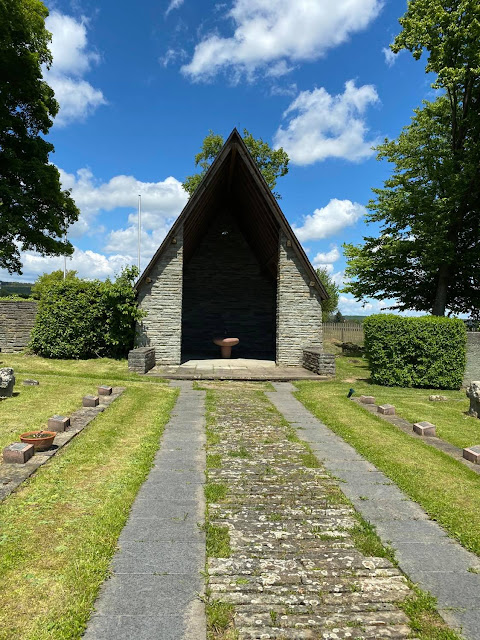 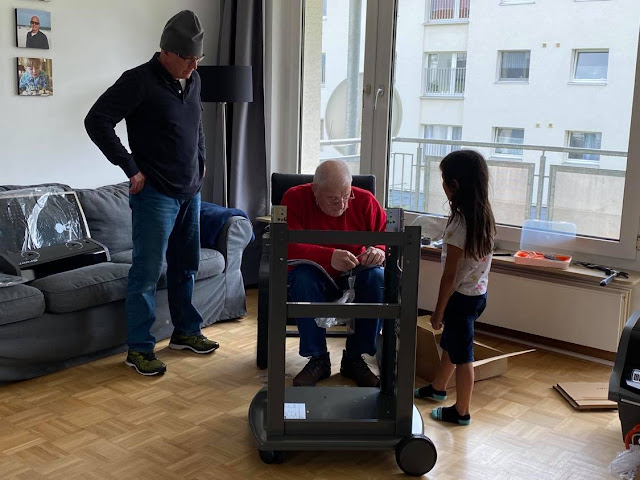 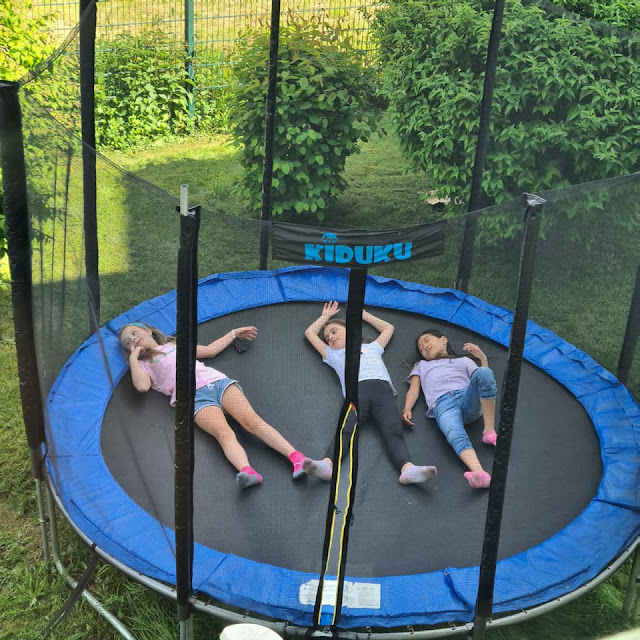 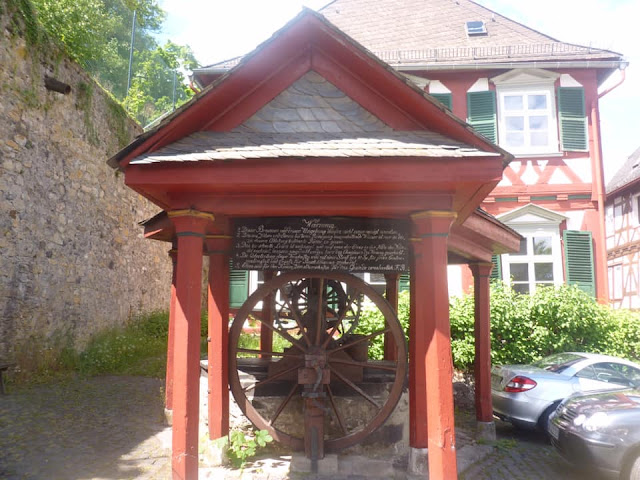 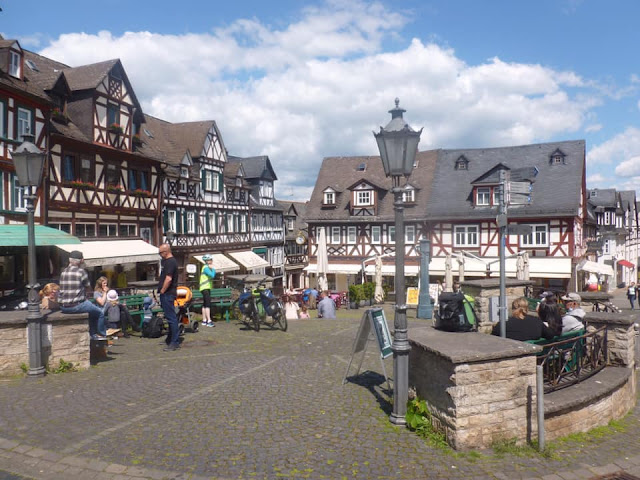 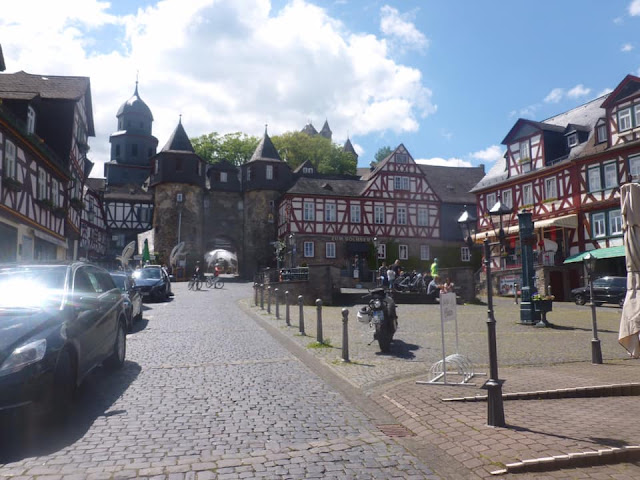 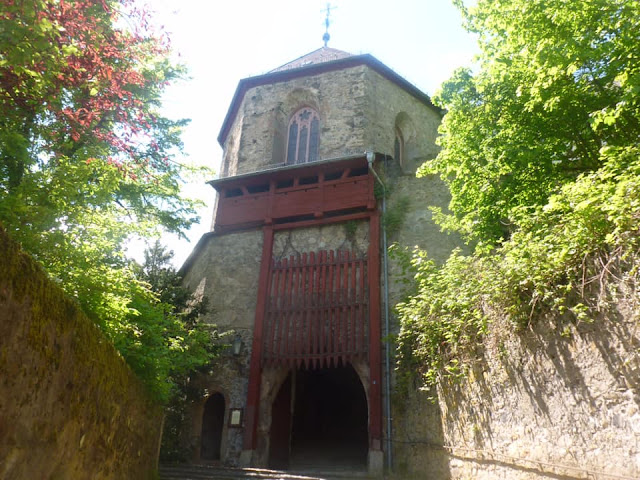 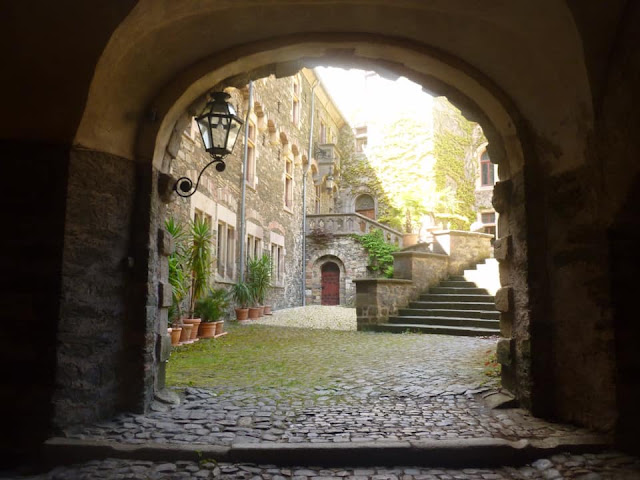 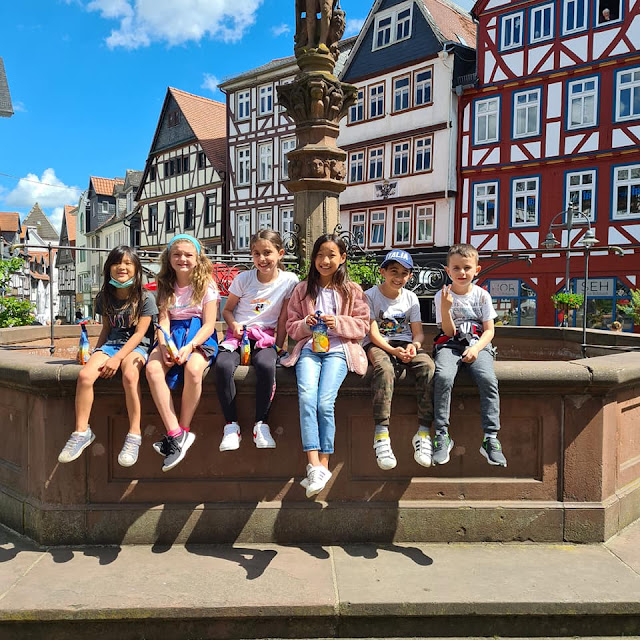 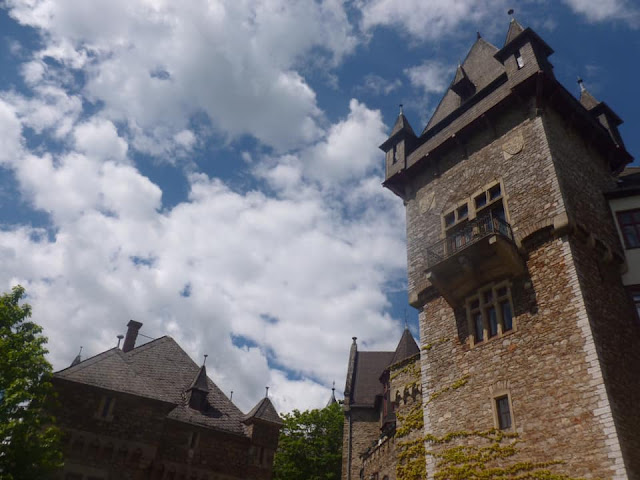 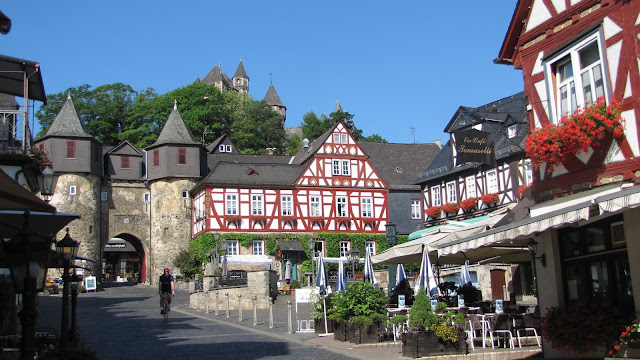 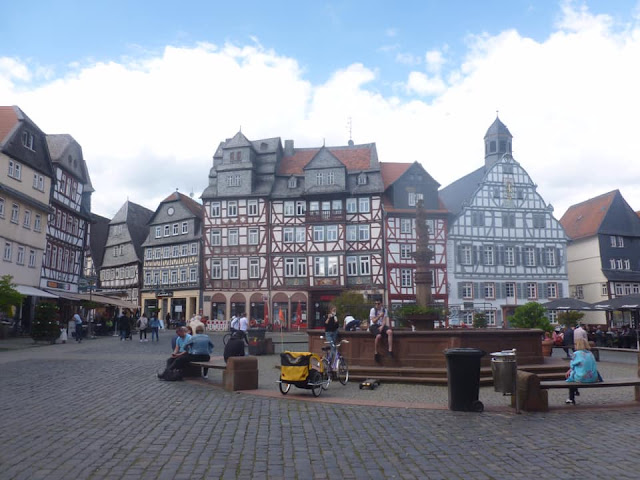 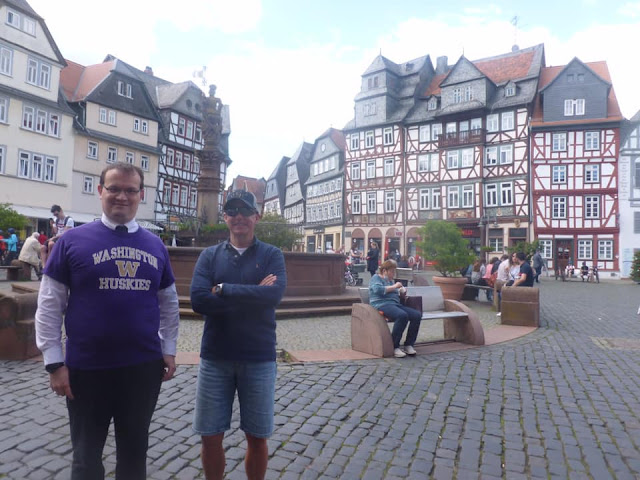 Good morning!
I allowed myself to borrow a photo from you that I really liked! It is here, with the necessary link, of course! https://povestiripescurt.blogspot.com/2021/05/de-la-altii-MFC.html
Thank you very much!
Have a wonderful day!
June 1, 2021 at 3:43 AM

Mariette VandenMunckhof-Vedder said…
Dearest Kelleyn,
Glad you made it back to visit your Father and Mother-in-law again!
And of course, seeing your son after quite a while.
So you visited the War cemetery - Butzbach-Nieder Weisel, Hesse. A good history lesson for all and especially the younger generation.
A few miles from my hometown in Limburg, the Netherlands we took several of our American colleagues from Campbell Soup to the Ysselsteyn German war cemetery. It is shocking to see grave markers from 'kids' at age 15... Let's pray that never again the world has to face anything like that.
Ya'll must have been craving for Würste...!
We ate Bratwurst in the Netherlands with our supper, crispy brown roasted in a pan.
Enjoy your stay in the land with train stations and easy travel and wishing you good weather!
Hugs,
Mariette
June 2, 2021 at 12:29 AM

Thank you so much for stopping by and linking with me on #WordlessWednesday.

Love the landscapes and it seems you are having a jolly good time. I love Germany and hope to travel some day to this historical land.

Michele Morin said…
Wonderful that your neighbors welcome you so warmly!
June 2, 2021 at 6:29 AM

junie-Jesh said…
Great to see Germany through your eyes and tha you are having a great time! Was not aware you could get into Germany, thought they were still in lockdown (That's what my son said last month,since he really wants to visit his friends in Germany). do you have to be vaccinated, or is it because your hubby has German citizenship?
No I am still in Texas, but I have overflowing archives from my previous living places, because I had the sense we would not live there for long:)Jesh
June 5, 2021 at 10:24 PM