Baby it is Cold Outside 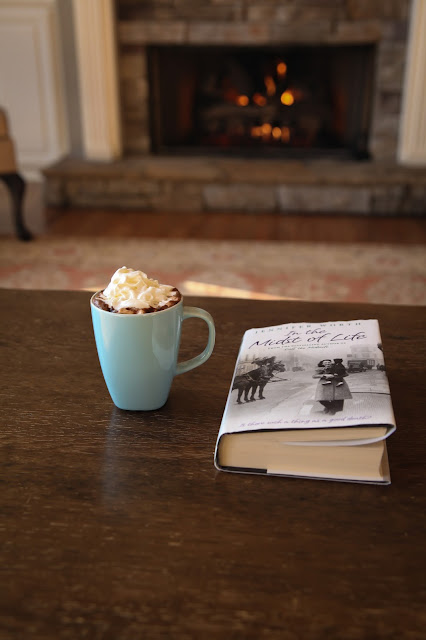 One would not know by the sun streaming through the living room windows that it was freezing outside.  The temperature on the thermometer read 28 degrees.  Wasn't it 75 degrees just a few weeks ago?  After taking the children to school and skipping the gym.  I headed to Target to purchase some much needed undergarments and then like Target with it's magical powers to persuade one to buy things they hadn't planned on buying I walked out with a cart full of Valentine cards for the kids classes, soaks because they keep disappearing (girls), mac and cheese as it was on sale, and snacks for the children's lunches.  I was feeling full of energy so I made my way to the gym where I didn't work out, but instead signed up the girls for swim class two days a week after school, and since I was on such a roll I drove up to the dance studio to sign of the girls for a dance class.  I have made a decision that if the girls were going to spend the afternoon deconstructing my house than I needed to find a way to keep them busy. Addy will do great, but I am worried about Avery wanting to participate.  She kind of likes to stay by my side.  Right now her favorite phrase is, "I don't want to." My car rolled up in the drive way just a little after one and with an hour before having to pick up the girls I decided to turn on the fire, make a cup of hot cocoa, and read.  I am currently reading a book by Jennifer Worth called In the Midst of Life who also wrote the book Call of The Midwives that has been made into a BBC TV series.  I love the series, but have also read the book.  I was a little surprised that the book was on death. Kind of a strange topic to read about, but I am actually finding the book fascinating as the book isn't just about dying, but about medical practices and perception of death.  Like her other book The Call of the Midwives the book is written from her experience from working as a nurse for over 20 years.  Jennifer has a way of writing that draws you in and takes topic that could be otherwise boring something you can't put down.  What are you reading?
Labels: daily life

barbara said…
On elf my resolution for this 2016 is reading ALL the books I've bought during the past years and never get the chance to read! Right now I'm reading A Portrait of the Artist as a Young Man.
January 13, 2016 at 4:50 AM

NCSue said…
Glad to meet another reader. I've always got a book going. I don't bother with TV - it's been well over a month since I've turned it on - because I find books so much more satisfying!
Thanks for sharing at http://image-in-ing.blogspot.com/2016/01/shells-on-shells.html
January 13, 2016 at 5:48 AM

Shauna said…
I find the subject of death very interesting, especially with regard to how each generation has handled it and perceived it. Sometimes I think death is very hard to deal with today because a) we don't deal with it on a normal basis anymore (life expectancy) and b) because everyone is so celebrated. I think the likes of Instagram is such a phenomenon in this sense. For instance, you see people going all out in celebration of each and every moment of their children's lives...ie: a letter to them for each progressing month, on the blog or other social media, huge birthdays being thrown for the 1 year old, etc. So interesting to me because we have turned into a culture that celebrates life at every possible avenue. Ha- this may not be what your book is about but it reminded me of this. :)

I am reading "I Love Your Style" by Amanda Brooks. It'a a very good book on personal style from minimalism to high fashion and where you might fit in. Since I love fashion, it's been a great read. :)

Holly said…
I love that time when everyone is in school and my brain can be occupied by my own noise. I'm currently reading "The Fifth Wave" and Nicholas Sparks "The Choice", both were made into movies coming soon.
January 13, 2016 at 9:22 PM

Kari said…
isnt' it interesting how Target does that to you....I miss target!!

I'm reading a book on photography right now but have also started a book my daughters were interested in so I'm also reading it - If I stay.