Harris and His Computer 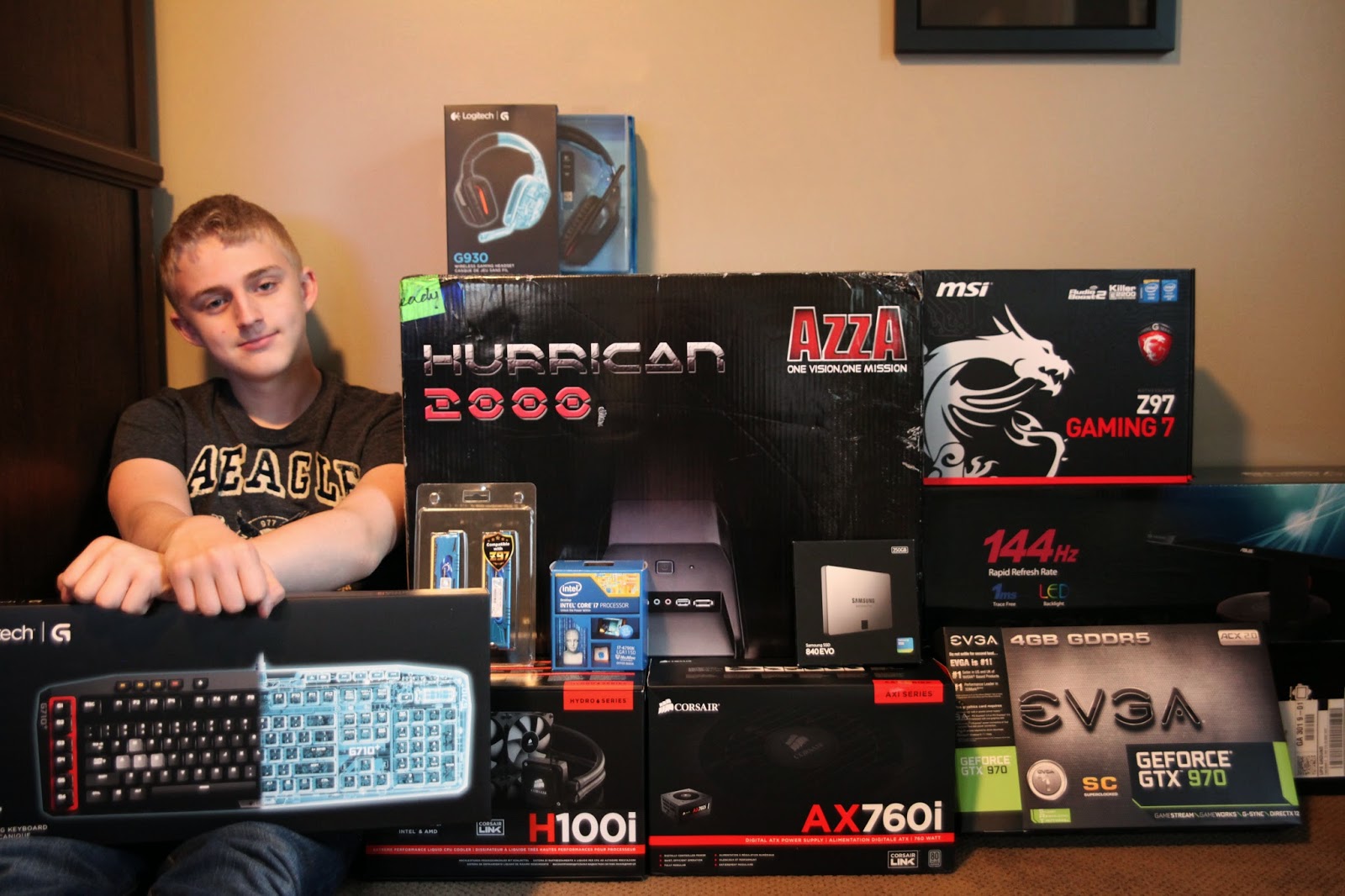 Harris is totally into computers!  I should have known at 16 months when he lost his ball behind the TV cabinet and he went an got a large cooking spoon to scoop the ball out instead of crying and asking me to get it that he was destined to be an engineer.  Harris was one of those babies that instead of playing with his toys he was taking them apart.  He plans to go into computer engineering after high school.  Anyway, a week ago we finally go him his own computer and not just any computer, but a gaming computer.  This thing is so jacked up!  He built if himself.  This is the other thing he has wanted for the last three years, so as an early Christmas Present and 16th Birthday gift come February we got it for him.  He was on cloud nine!  It took him about 10 hours to build!
Labels: Harris

Shauna said…
Nice job Harris. My husband is an engineer and he's currently building a system for our friends. :)) Have fun!! Love,