Halloween pretty much marks the beginning of the holiday season, as Thanksgiving follows in just three weeks than Advent, Christmas, New Years, and the Epiphany.  It always seems to go by so fast; especially when it is filled with so many traditions.  Last night we carved our pumpkins for Halloween.  The children were so excited.  Me not so much as it is one of my least favorite traditions of the season.  I hate scooping out the insides and it is just plain messy.  Addy choose for her pumpkin to be a cat, Winston's is a traditional Jack O' Lantern, and Roman choose a complicated pattern of a Pokeman character which his papa had to come to the rescue to complete.  Sadly his didn't make the picture line up as it took much longer to complete and the sun was going down.  I will add a picture later.  Avery didn't want anything to do with the pumpkin carving but was thrilled to join us for a picture.  What traditions do you have or what are your least favorite traditions? 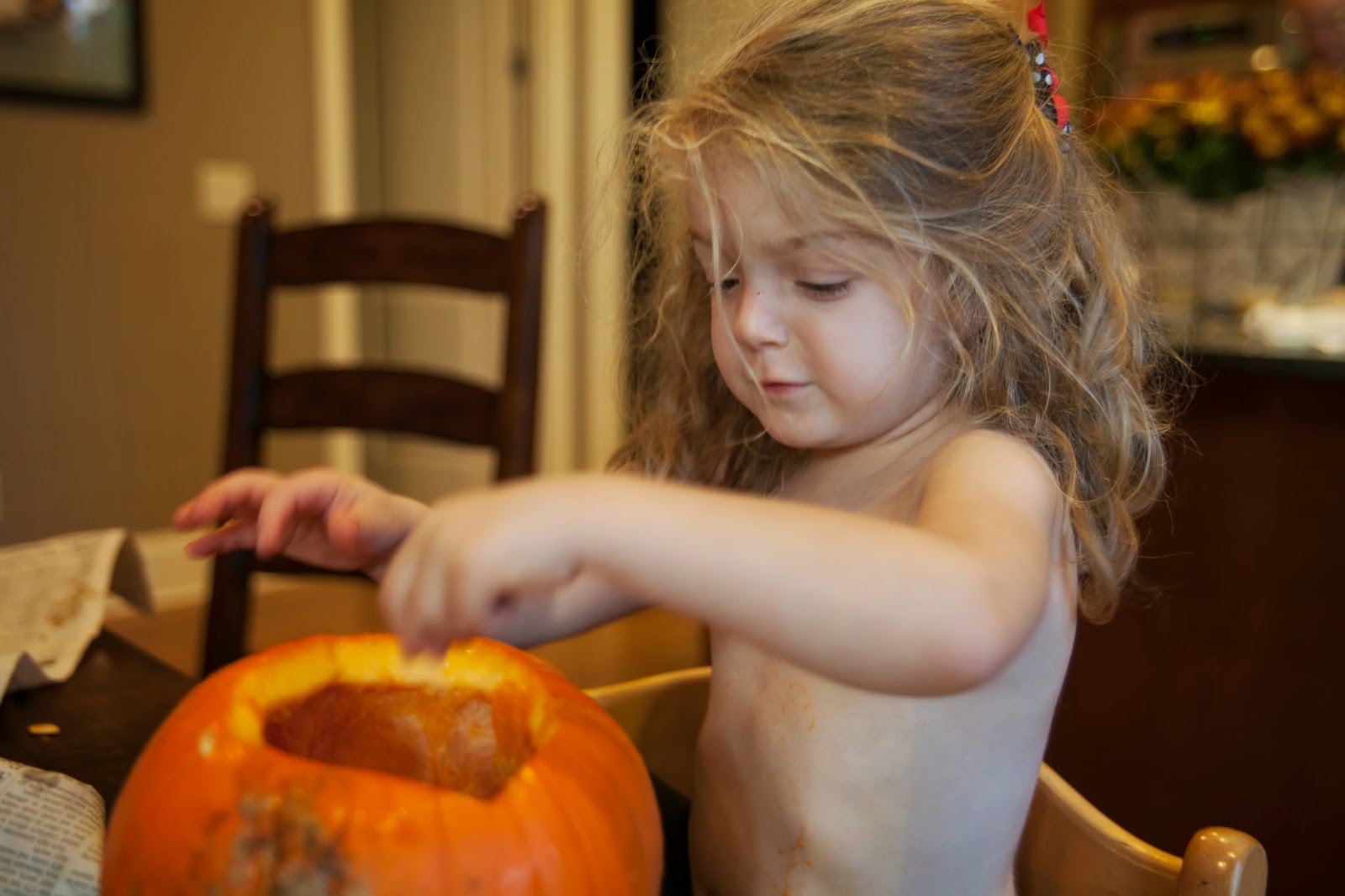 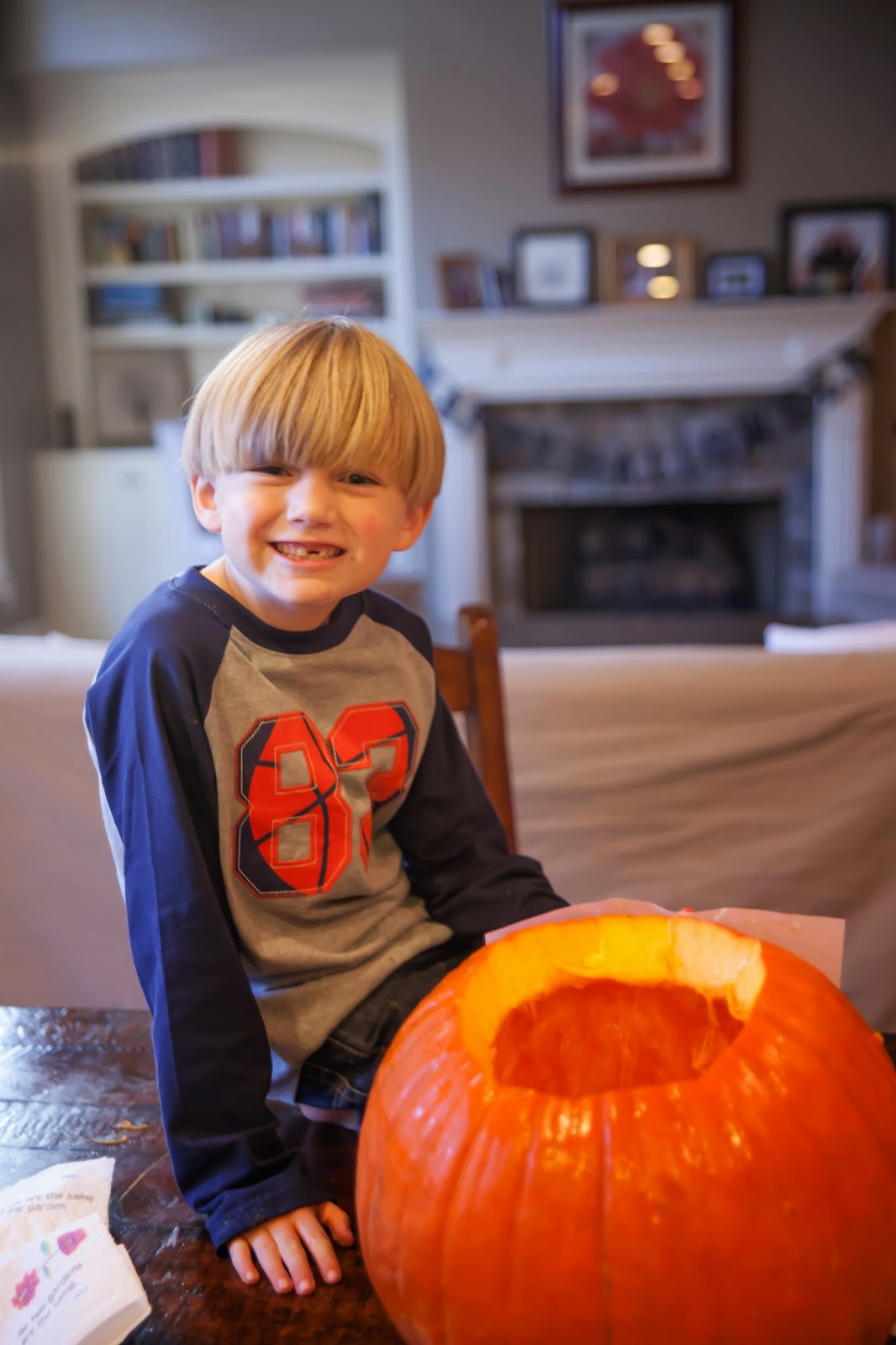 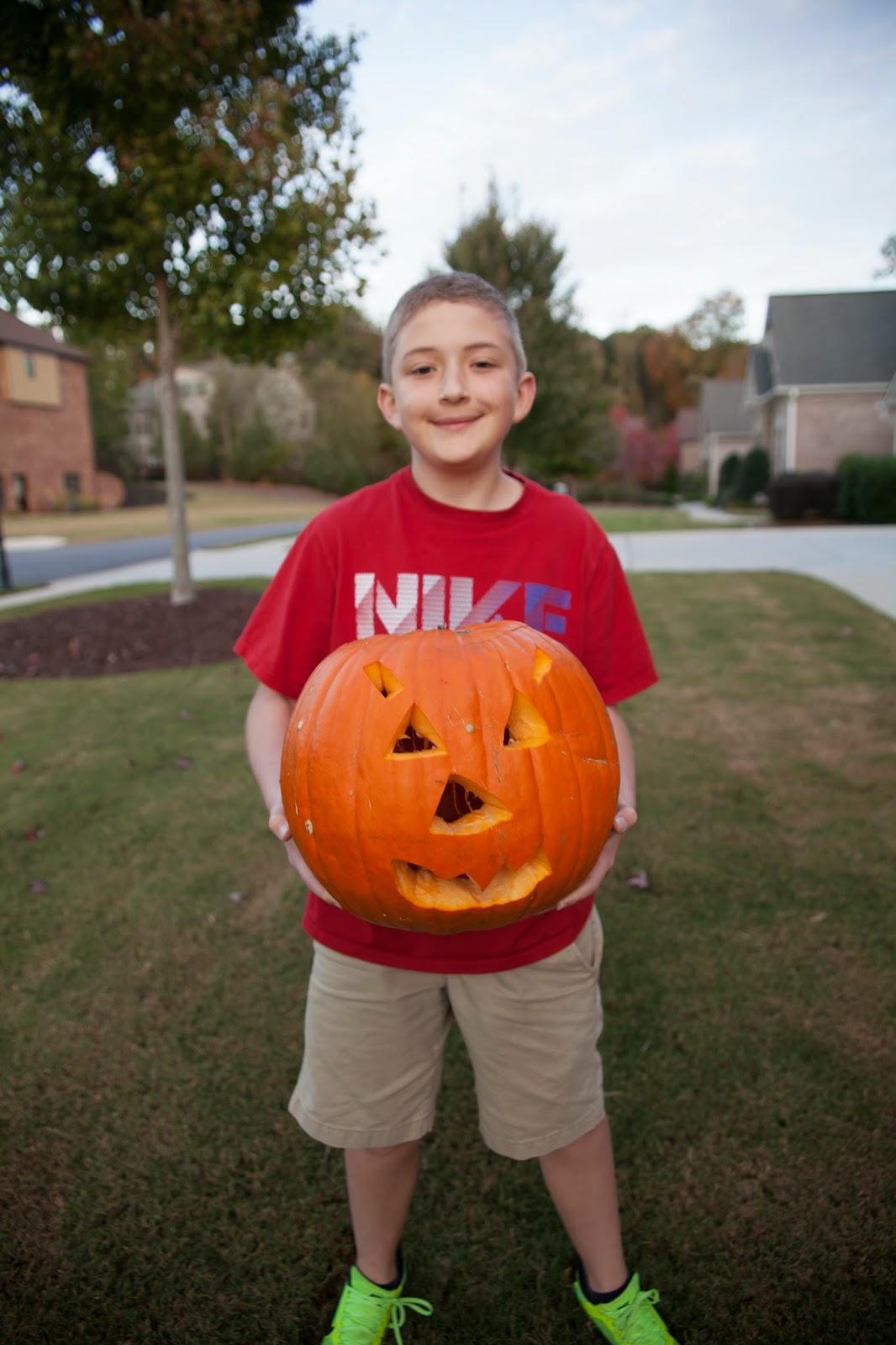 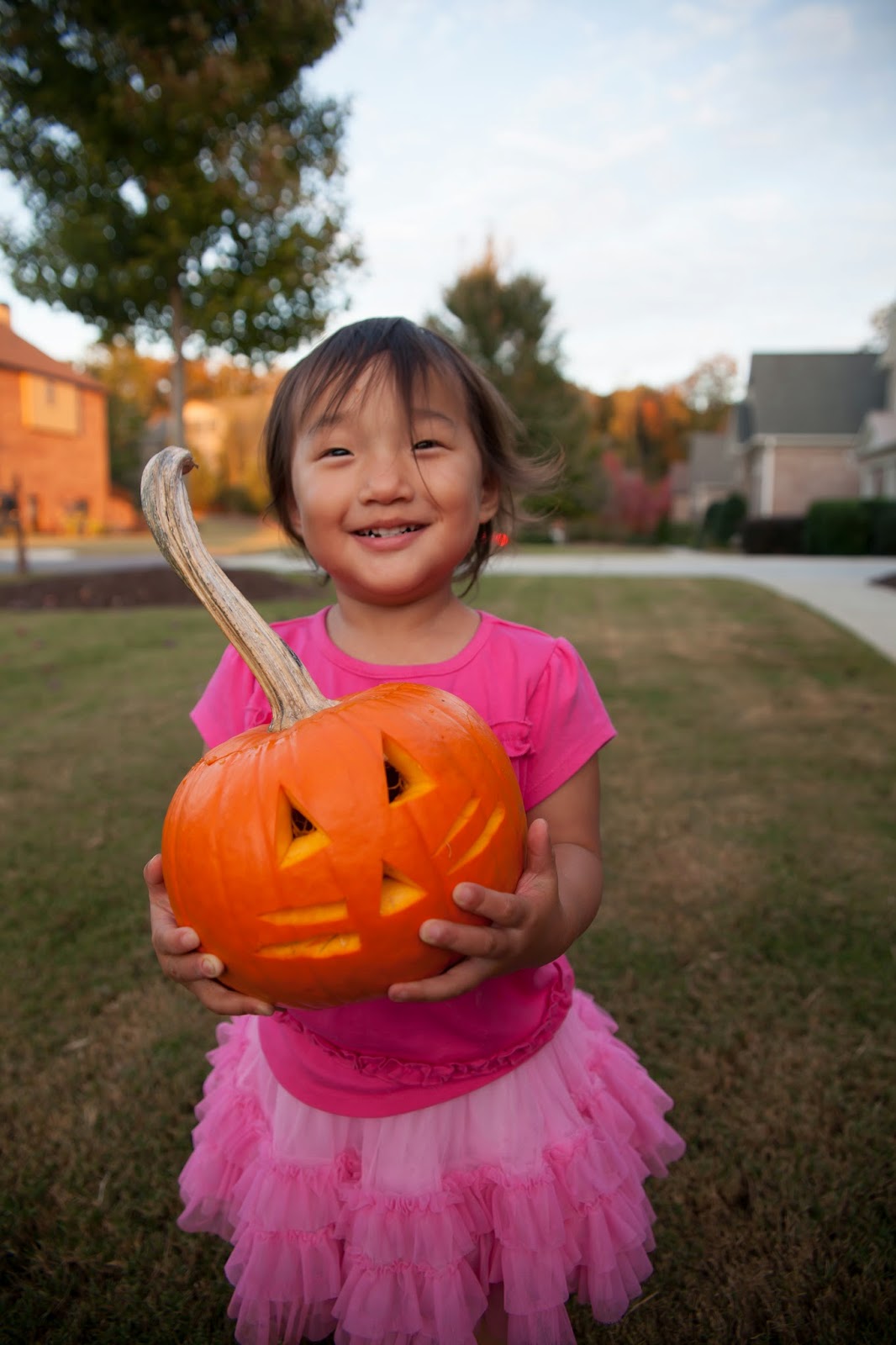 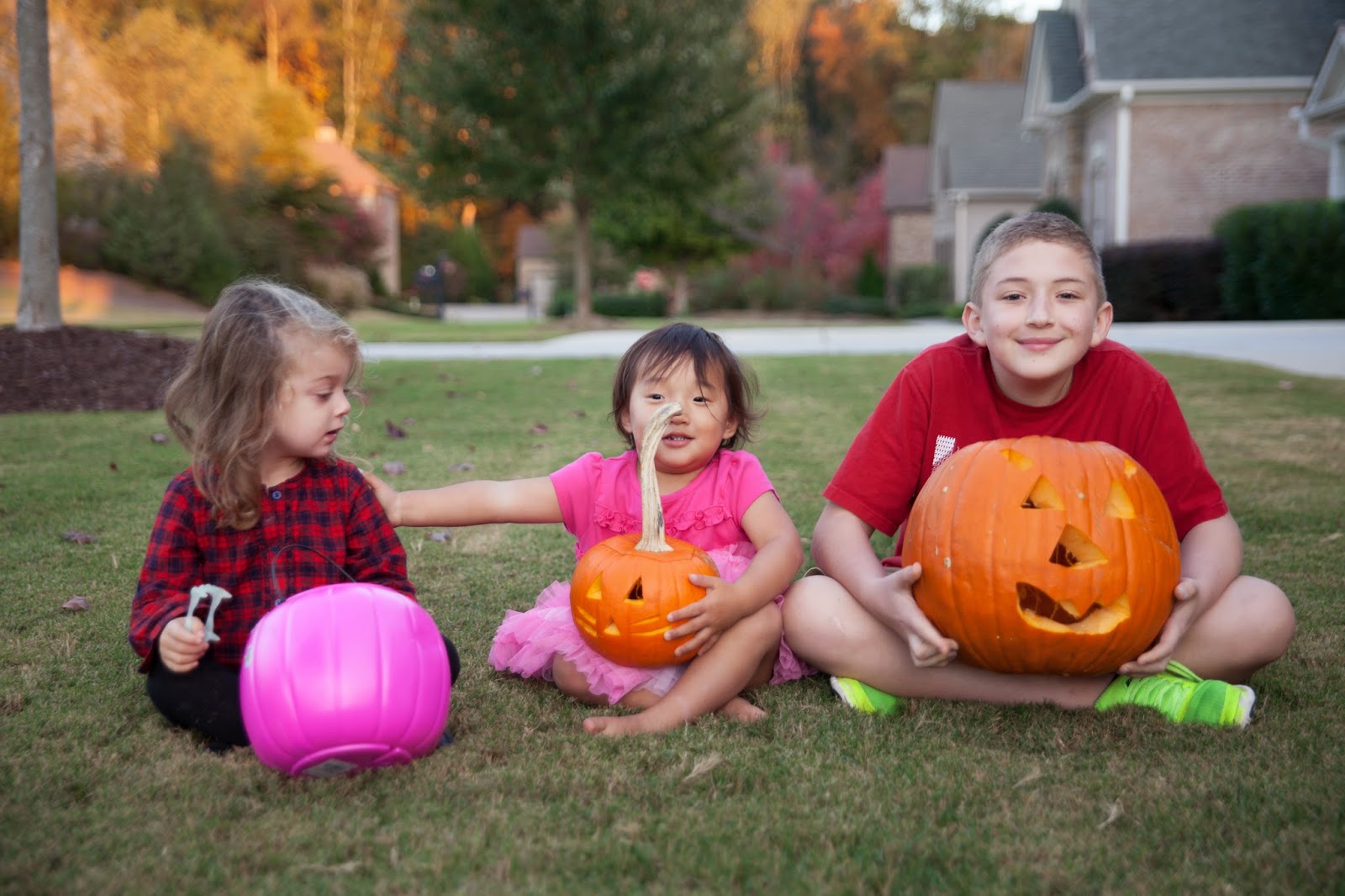 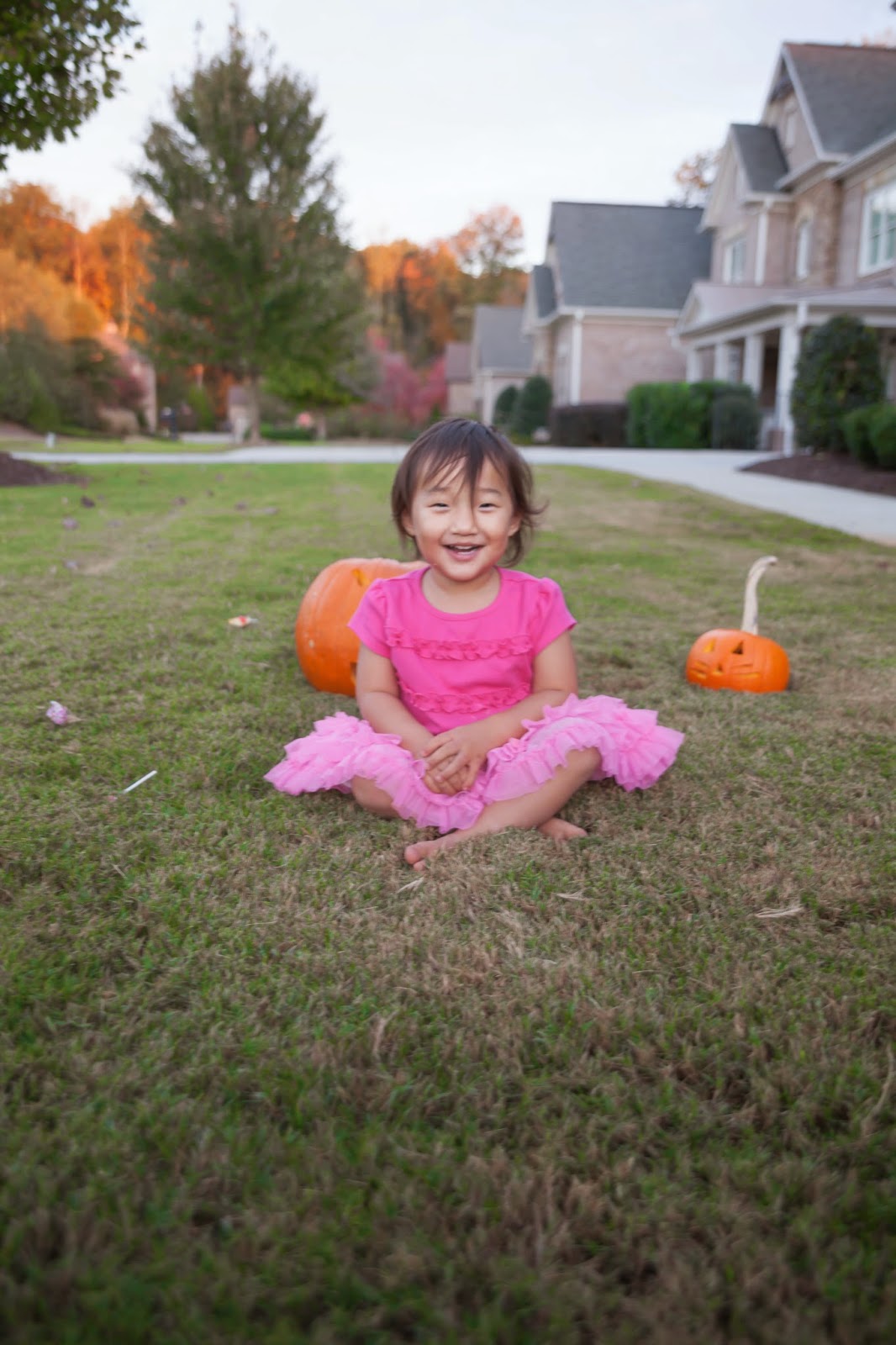 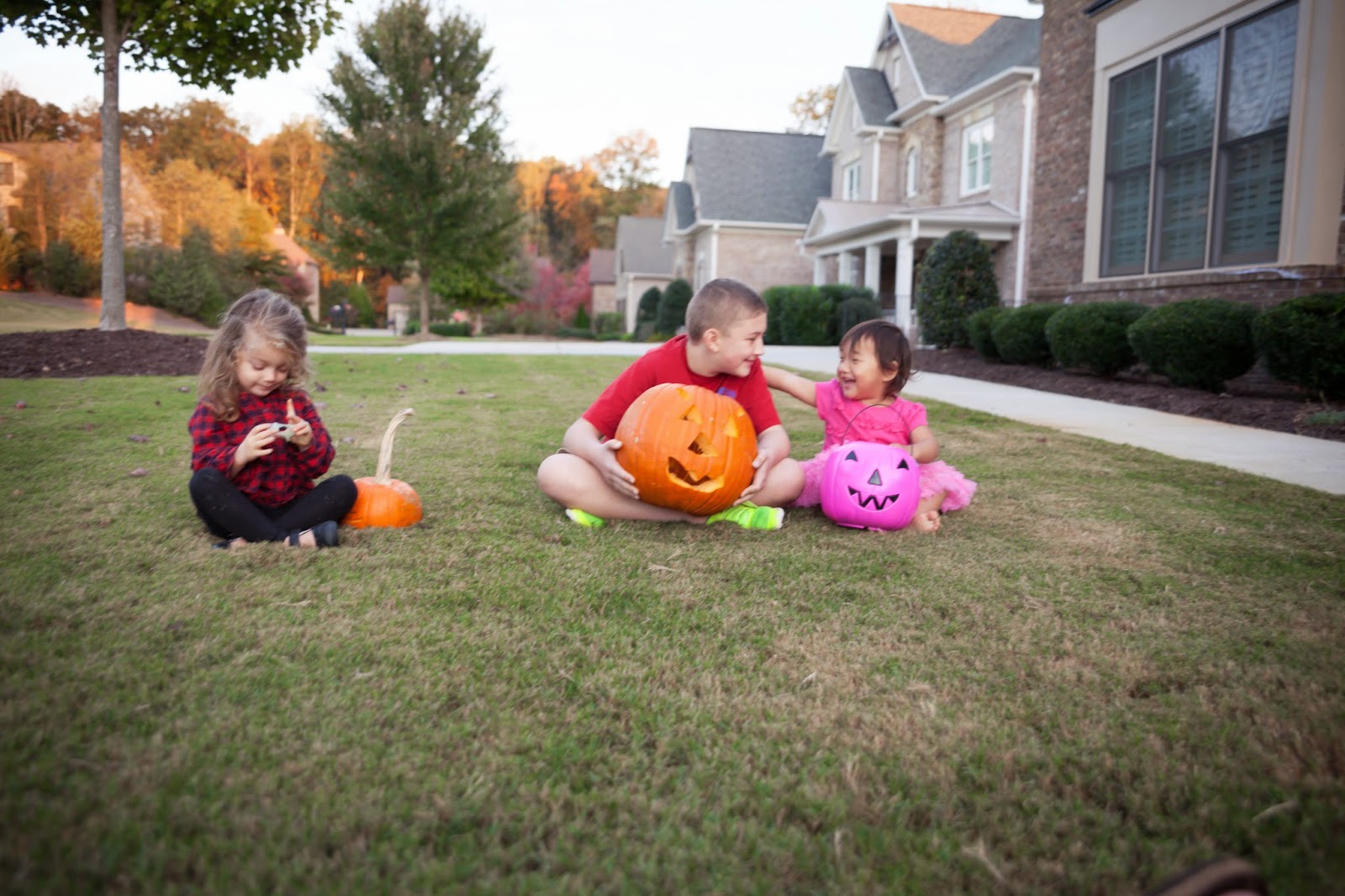 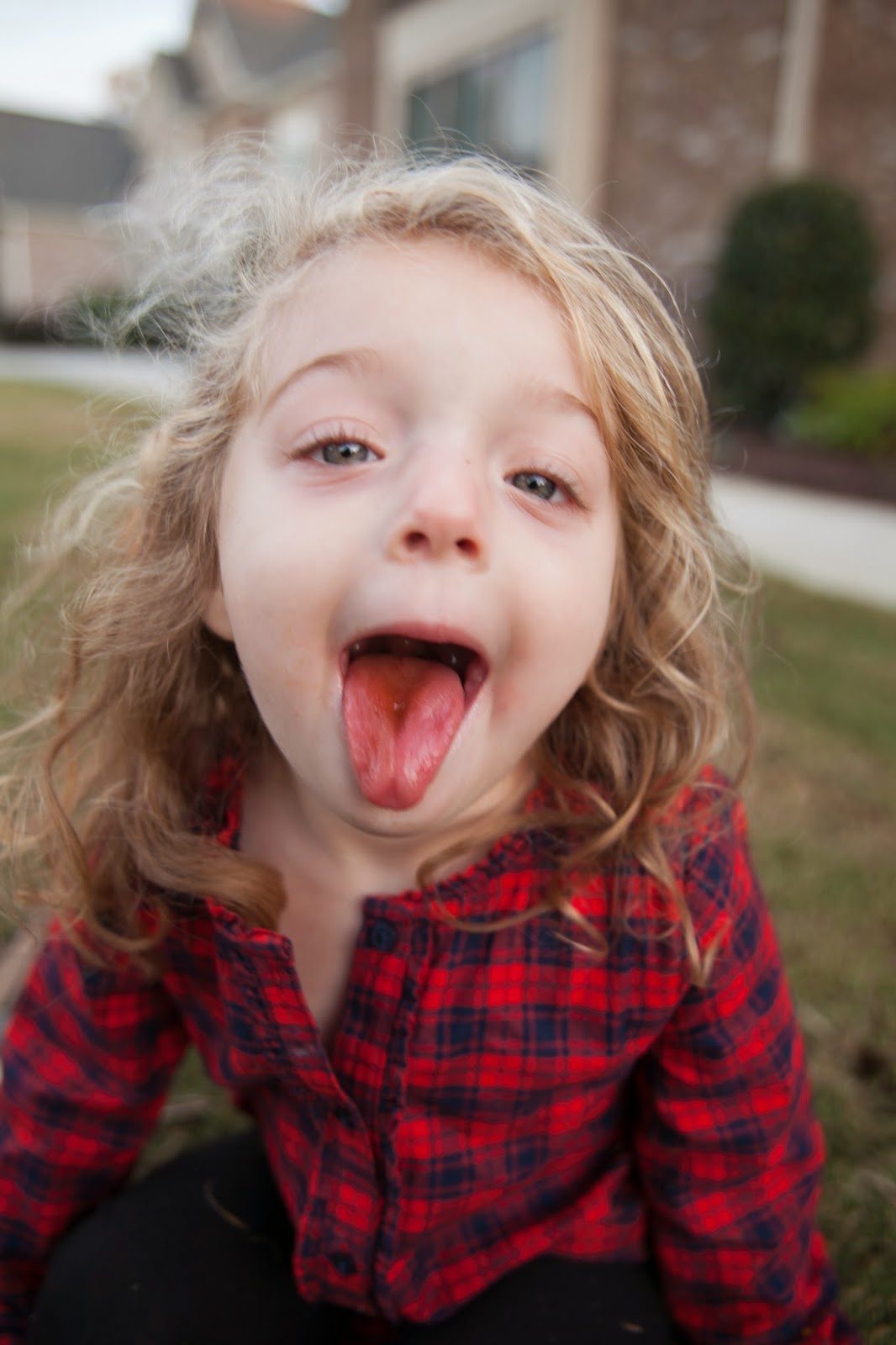 Red Tongue from her lollipop
See you Later Alligators! 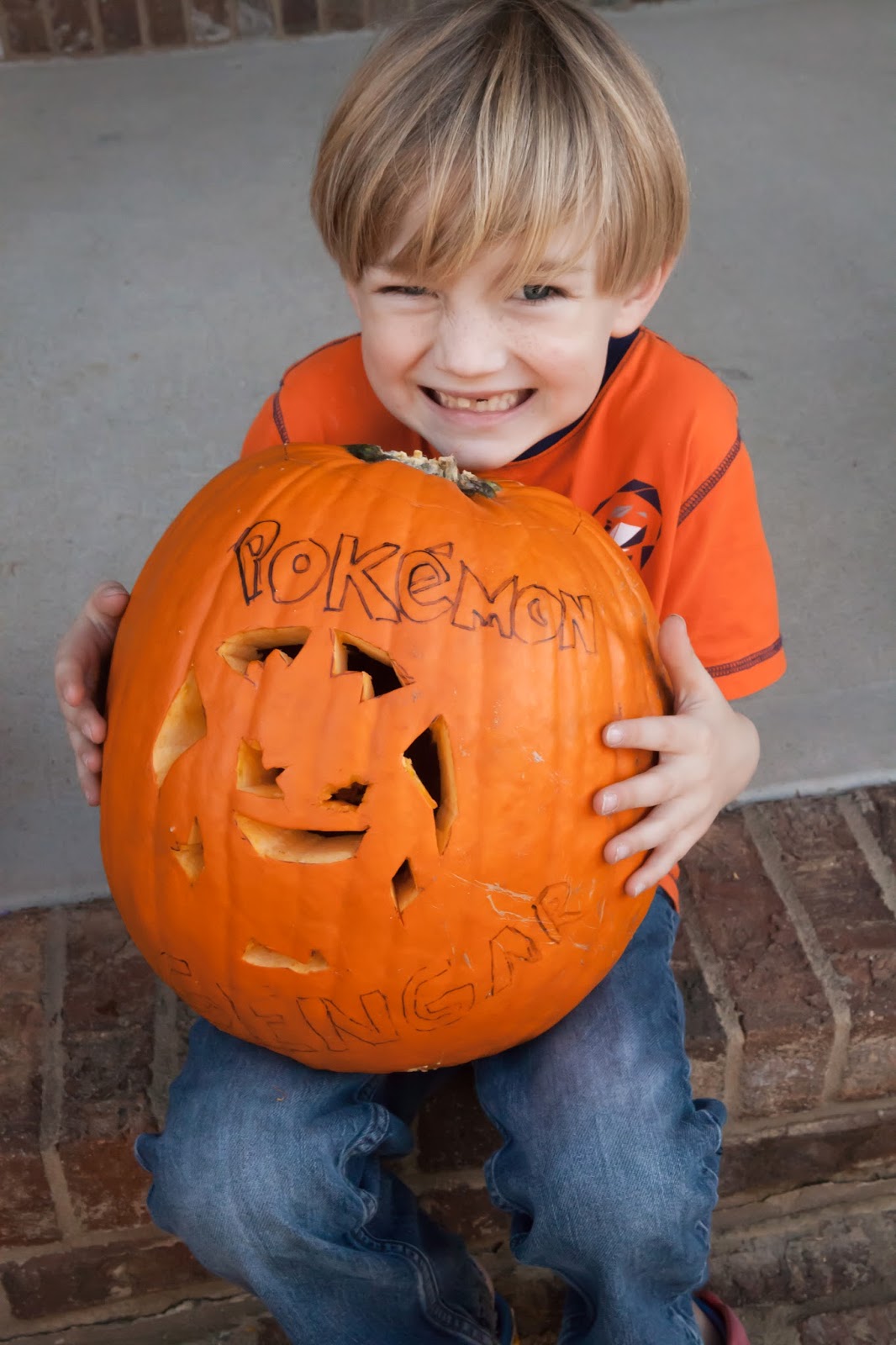 Francesca said…
so much better than the plastic pumpkins that are now on sale in italian supermarkets!
October 31, 2014 at 1:30 AM

Dana said…
It's one of my least favorite traditions, too! But I continue to make it happen year after year.
D
November 2, 2014 at 1:08 AM