We kicked off the New Year  around 5:00 pm when we invited the neighbor children over to hang with us so their mom and dad could enjoy dinner by themselves.  Roman was thrilled to have his friends over.  They played batman, eat mac and cheese, and took a bath together.  Once they went home The bigs and I ate Hungarian Stew which was a new recipe for our family.  They loved it!  So delicious!  We broke out the fireworks out early to spare the neighbors some of the noise and also to keep us from being up all night!  I think I have just realized that boys love fire.  Afterwards, papa came home from work and we made a photo booth, had a dance party rocking in the night to Payphone by Maroon 5, Scream by Usher, Dynamite by Taio Cruz, and the boys favorite right now Gangnam Style.  We worked up an appetite with all our dancing and had brownie ice cream sundaes.  Then it was time to watch the ball drop in New York city on the television with Ryan Secrest while missing Dick Clark 10, 9, 8, 7, 6 5, 4, 3,2, 1. 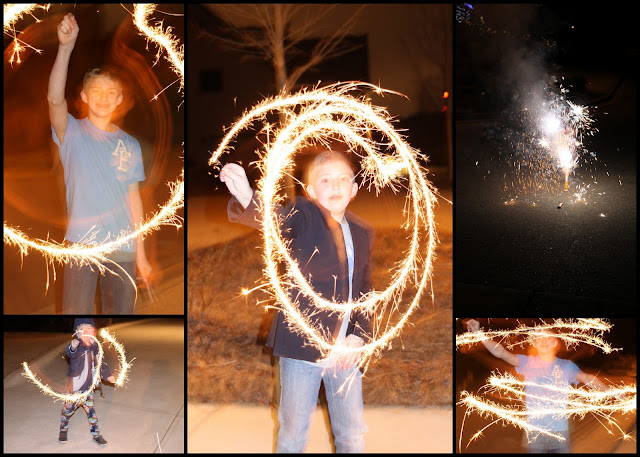 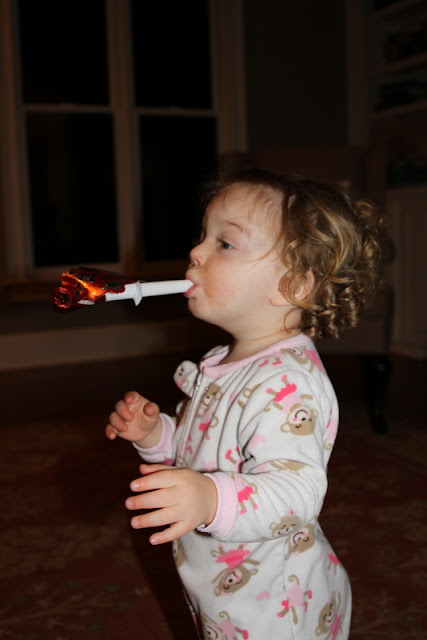 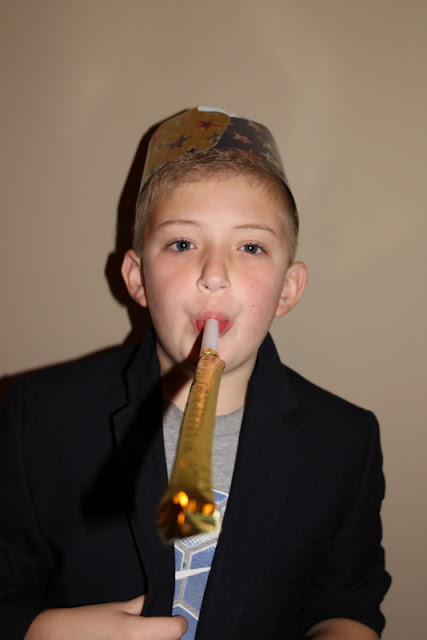 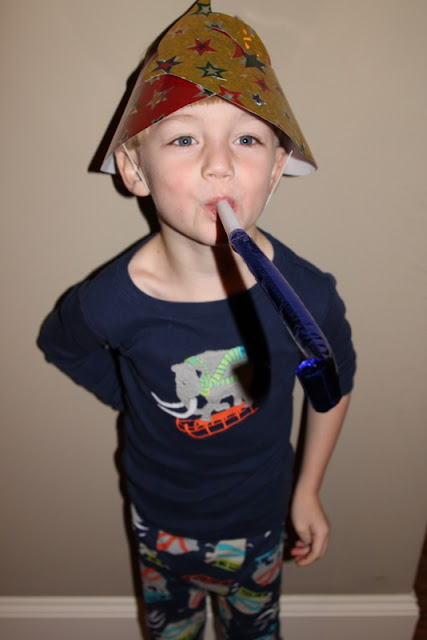 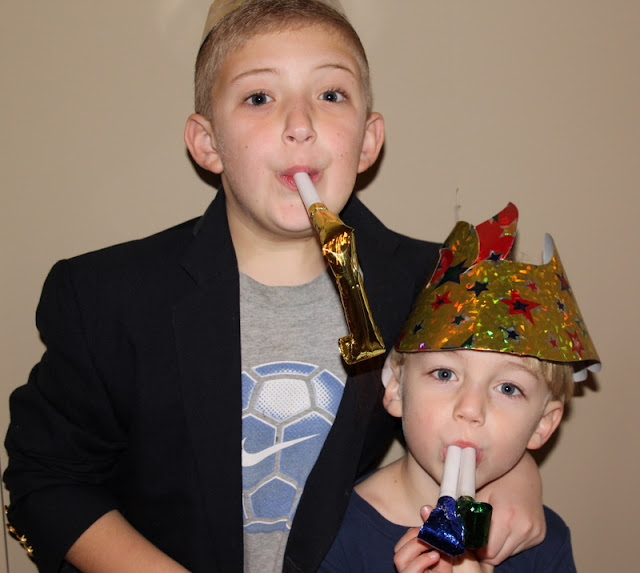 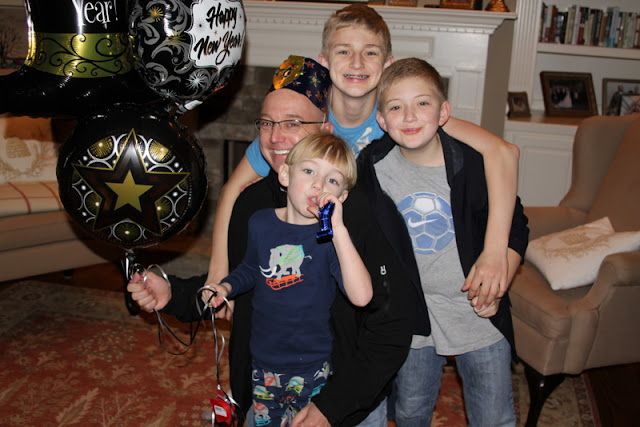 Addy didn't understand that we had stayed up late and was awake by 7:30 a.m. It is raining outside which has been pretty much the case most of Christmas break.  So wishing we had gone to Aruba. I am now on my third full course pretend meal of chicken, corn, hamburger with cookie on it, and ice cream float.  Addy and Roman have pulled out the play food.  Addy is about to go down for a nap and Roman and I will watch Spider-man   I hope you had a wonderful New Year!  Did you do anything fun?  Did you stay home or go out!
Labels: daily life

dawn said…
For some reason I thought you were going to say...I am now on my third glass of wine! LOL It made sense with all the rain.

Happy new year. We partied here at the house, just like you. Fireworks, noise makers, and the same T.V. show, earlier we watched Timothy Green and I cried.....again.

Victoria | Hibiscus Bloem said…
Happy New Year to you! Sounds like you had a full funn NYE. We too were dancing to Gangnam Style with the kids - can't get away from it right now! We had fondue meal with our neighbours, kids played all night (we expected at least the little ones to fall asleep but they just kept going), lots of fizz and fun and a nice short walk home in the early hours. Here's to a great 2013.
January 1, 2013 at 12:53 PM

Arctic Mum said…
Happy New Year! We celebrated with friends at their house, having turkey Italian Style (as in recipe from Soprano cookbook). Last year we had American style with marsmellow stuffing. Unusual but fun. Turkey is the New Year dinner numero uno in Norway. We had champagne and fireworks at twelve (not me, as were driving), and the kids were all awake. Except for Anna who slept from nine. New Year's eve is a great night for celebration, and we had fun (tired today though).
January 1, 2013 at 3:51 PM

Formerly known as Frau said…
Your party sounds like one I'd enjoy! No one does fire works here....when I was younger we would clang pots and pans together on the front porch! I loved our mellow night, Katelyn went to a friends party and had a boring time which as a mother of the teenager thats a good thing! Happy New Year.....it's certainly going to be an exciting one!
January 2, 2013 at 6:35 PM