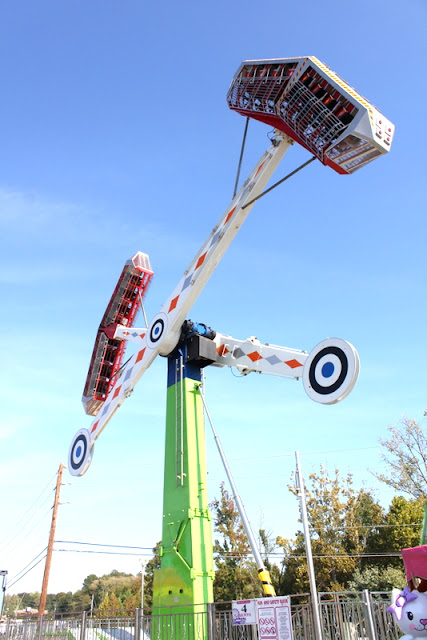 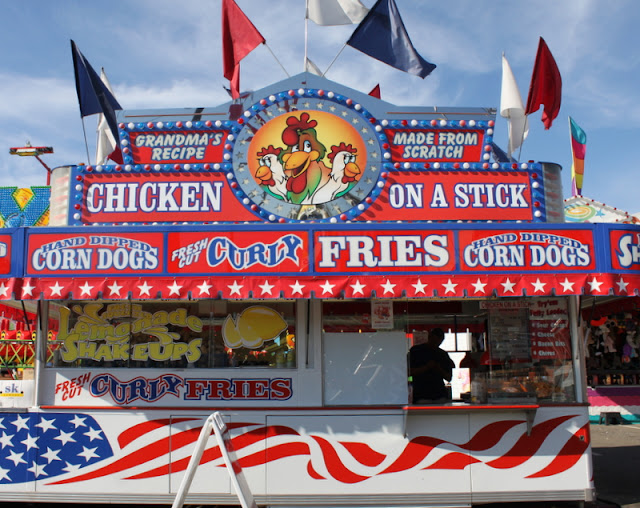 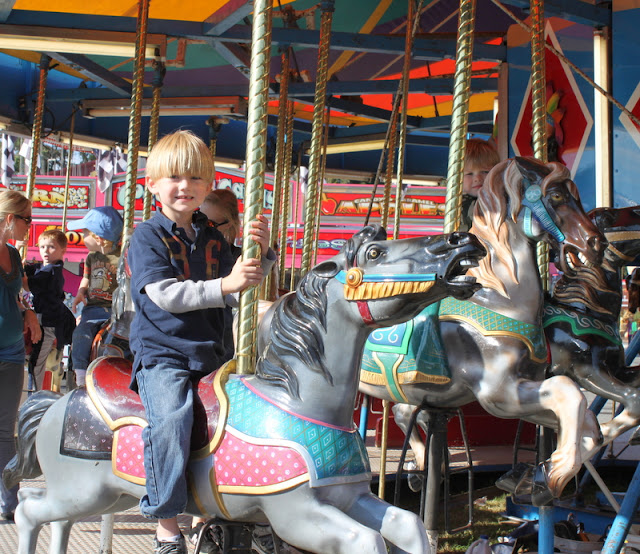 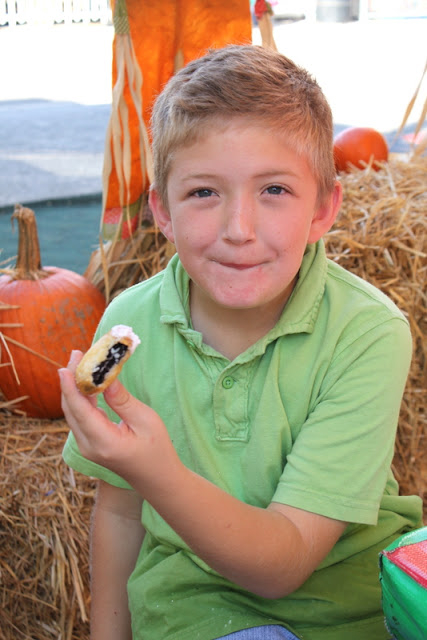 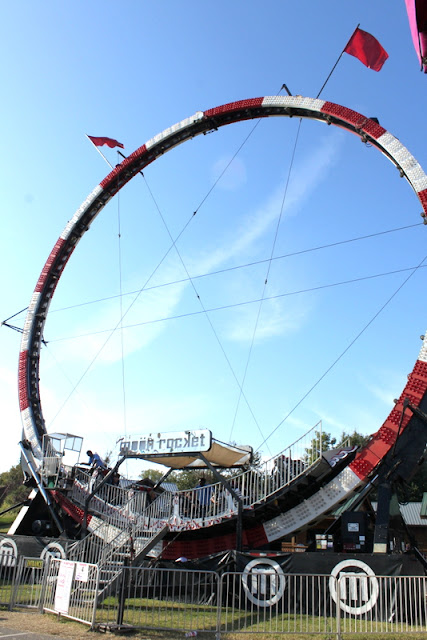 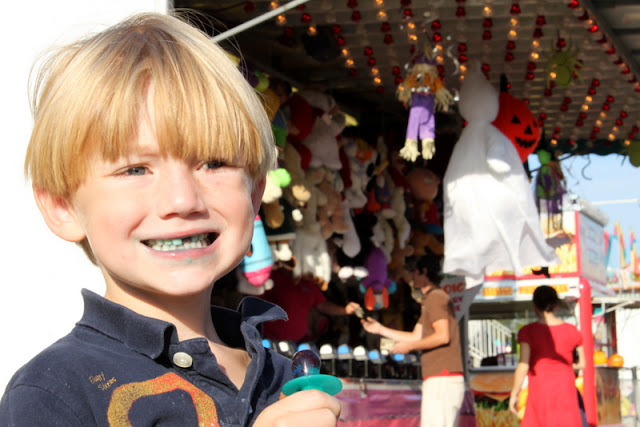 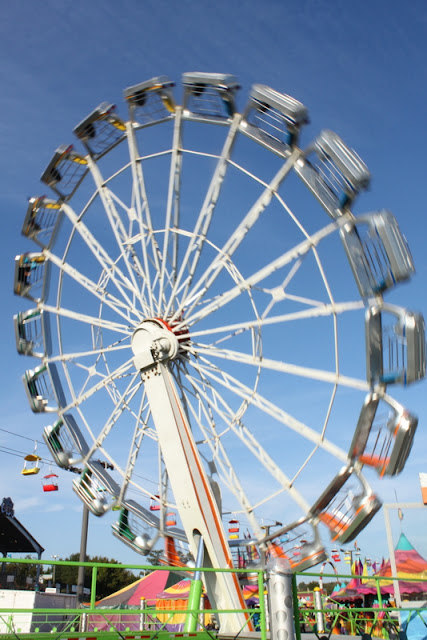 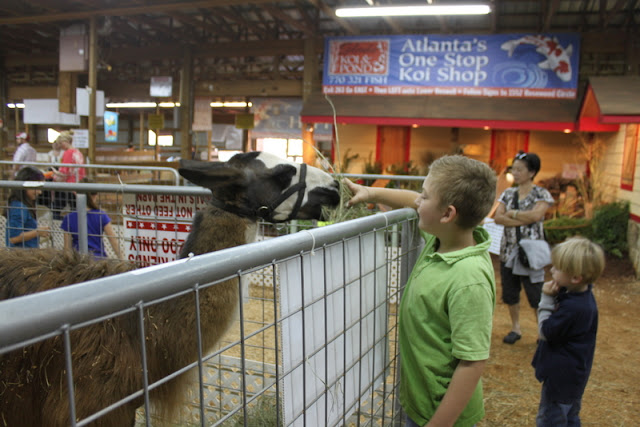 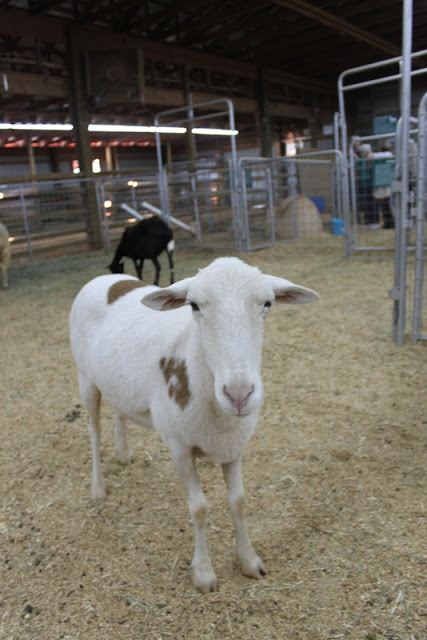 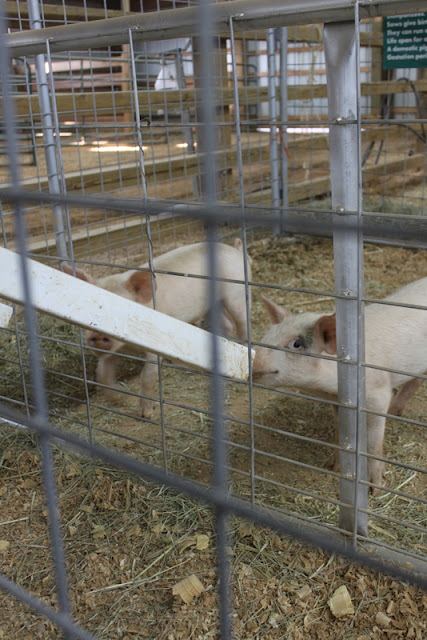 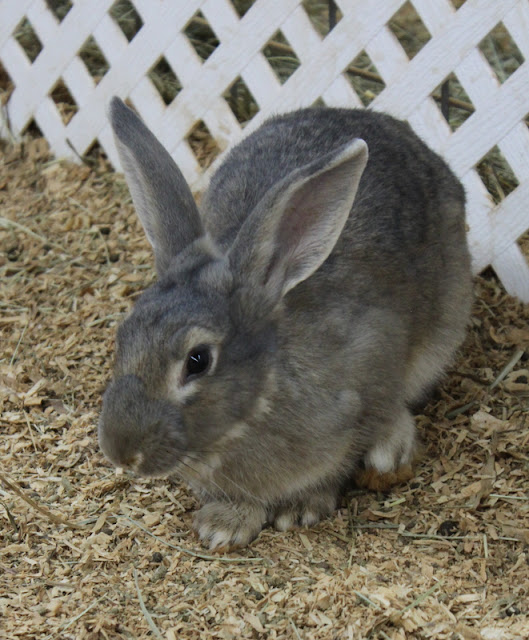 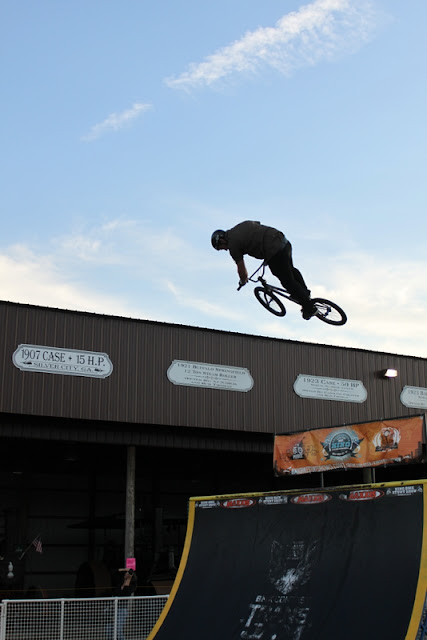 The door slammed and in rushed Winston and Roman and in a loud voice Winston said, "Can we go?" "Give me a minute," I replied.  Winston was so excited he could barely contain himself.  Roman  on the other hand wasn't so sure he wanted to go to the fair.  We hopped in the car and headed north.  As we reached the fair Winston said, "Can I can I ride the hammer first?"  "Sure," I said.  We entered the gates and purchased our tickets.  Winston headed straight to the hammer.  Roman did not want to go on it and I don't blame him.  As Winston got off the hammer a huge smile crossed his face.  We walked down the row of prize games and one caught Roman's eye.  He wanted to throw the balls in the bucket.  "Every player a winner," called out the game attendant.  Sadly and thankfully he didn't win the giant stuffed dog.  He did win a small dog that looked like a cheap version of a beany baby.  It was on to the next ride which was titled the Moon Walk a circluar roller coaster ride.  I was so glad I had Roman and Addy as an excuse not to ride.  The ride at points hung you upside down in the air.  No thank you!  Then it was on to the food.  I looked all over but no where to be found was the corn on the cob.  What we did find was corn dogs, deep fried oreos, cotton candy, lemonade,  and deep fried snicker candy bars (totally gross).  The deep fried oreos were actually pretty good.  The boys had wanted to try these for a long time since seeing them on a tv show about country fairs.  The boys were in heaven.  After riding a few more rides it was on to the petting zoo and the shows.  The boys couldn't believe it when they saw the bmx bike riders do flips in the air.  Isn't that just about every little boys dream.  As the sun slowly sunk into the western sky now painted pink and purple we put Addy in her car seat, put the stroller in the back of the car, and headed home.  Roman in the back seat said, "that was so much fun."
Labels: Georgia Roman Winston

Formerly known as Frau said…
Awesome shots....fairs are the best! I usually like it for the cotton candy and kettle corn! I'm more of a food girl than rides! Have a wonderful weekend!
October 12, 2012 at 1:07 PM

Kelly said…
Fun, fun, fun....and I especially love the Chick-Fil-A banner over the cows. So funny.

Shauna said…
So fun and the pictures are great. Hope your weekend continues with a blast!

eplescrap said…
Hello Kelleyn and thanks for the nice comment by me :)
Nice to do things with kids when they are so energetic and grateful.

Pride In Photos Beauty said…
Wow...does this bring back memories of how excited I would get too over going to the fair. I don't blame them for hurrying you☺
Laurie @ pride in Photos
October 15, 2012 at 10:55 AM