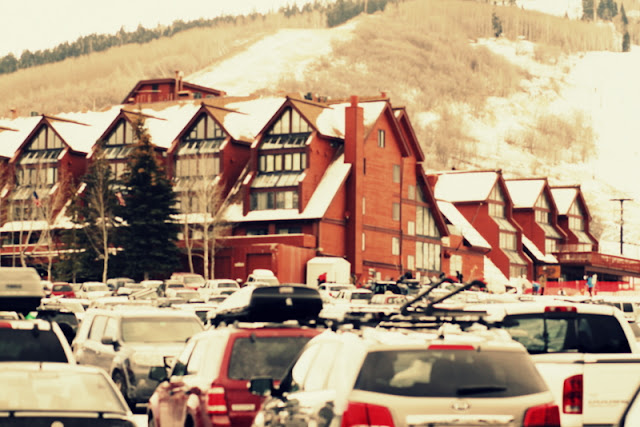 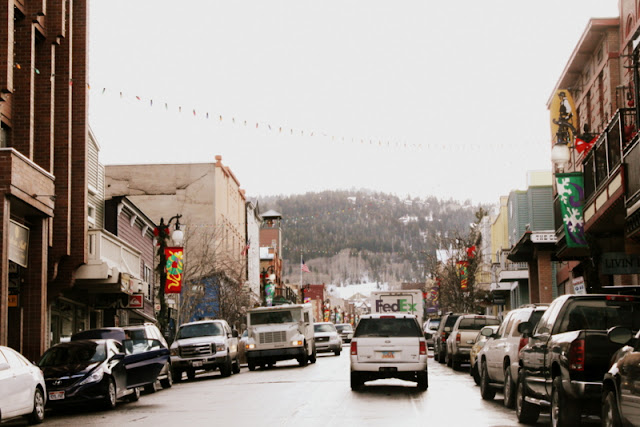 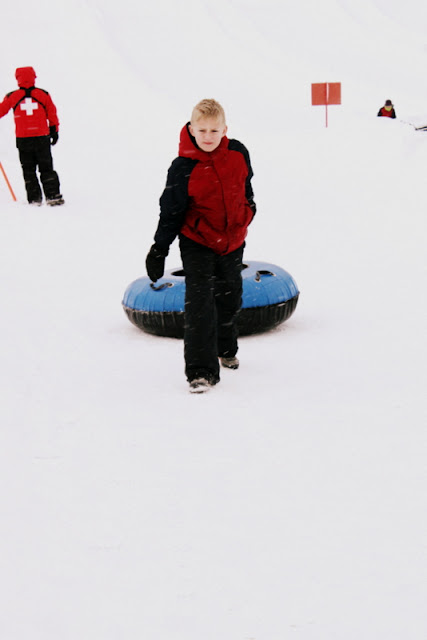 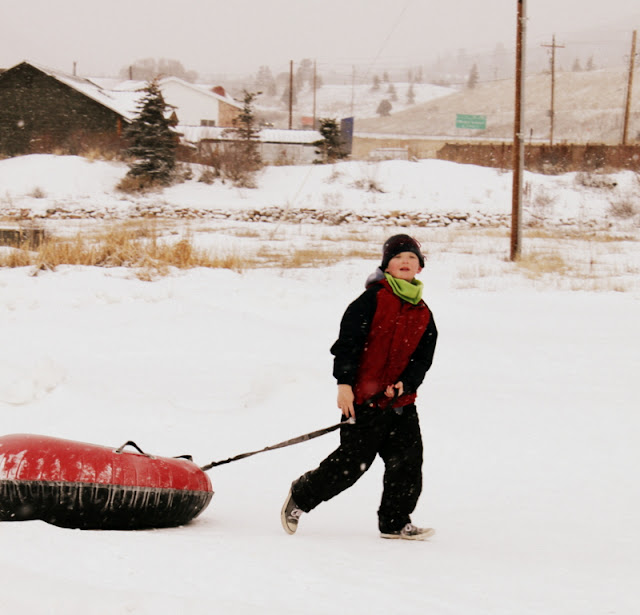 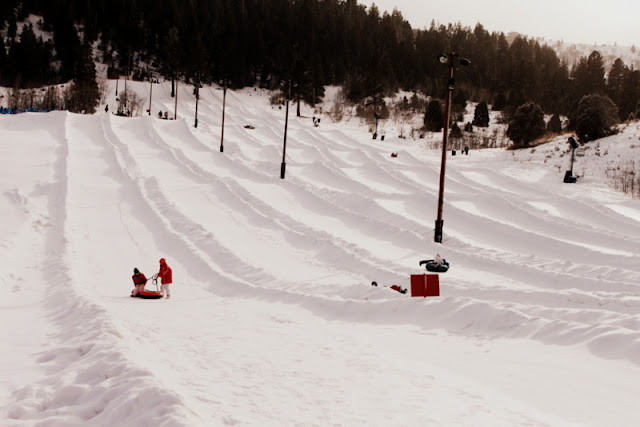 Just as we were about to get out of the car to go ice skating, it started to snow.  Normally, that wouldn't be a problem, but it was snowing really heavy.  We sat in the car for about 15 minutes to see if it would stop, but it only continued to snow.  Maybe, if we didn't have the baby with us we might have given it a try, but the rink was outdoors and it was really cold outside.  We thought about stopping at the free Olympic Museum, but with it snowing so heavy we began to worry about getting back to Salt Lake, so we scrapped our plans and began to head home.  Then out of the corner of our eye on the side of the highway, we saw a giant tubing park.  This was something we could do that wouldn't take very long and would make everyone happy.  Once we got out of the car, Roman refused to go.  It was so cold!  Nothing was going to stop the big boys though and so they headed up the hill with their rented tubes.  They had a great time!  Maybe, the next time we go to Utah we can go back to this tubing hill and just maybe it won't be so cold that Roman can feel the joy of riding on a tube down a very big hill.  I have so many great memories of sledding in a child growing up in Alaska that I want all my children to feel that joy.

Post edit: I forgot earlier when I wrote this post to comment on how much Park City has changed.  The first time I went to Park City I was 15 years old and was visiting a friend of mine in Utah for a week in the summer.  Her family took me to one of those tracks where you slide down the mountain on a sled but you don't need snow.  I can't think of the English word for it at the moment.  Anyway, Park City at the time resembled something of an old western town.  I almost didn't recognize Park City because it has completely changed.  I guess that is what hosting the Olympics does to a city.  It hasn't completely lost all its charm.  Look closely enough and you will find the old Victorian homes.  Park City is definitely worth the 30-minute drive out of Salt Lake City.
Labels: Utah

Formerly known as Frau said…
Never a dull moment in Utah so many fun outdoor activities ! Hope the rest of your trip is great!
December 28, 2011 at 8:46 PM

Jodi said…
Oh my goodness!! So good to hear from you!! Over the past few days I've been thinking a lot about blogging again it's been too long and I loved it. Thanks do much for thinking of me. Happy New Year to you and ALL your boys!! I'll let you know when my first new post goes up!!