Lunch around here is an ambiguous thing. My husband was raised in Germany where he grew up eating the largest meal of the day at lunchtime. I grew up eating peanut butter and jelly sandwiches, and as an adult that transformed into salads. Breakfast is a pretty constant around here of cereal, but depending on whether my husband is home or not depends on what we have for lunch. If he is not home for lunch, he usually takes our dinner leftovers to work the next day. Sometimes we eat a late breakfast and we call that brunch. Sometimes we eat a late lunch and call that linner (Lunch and dinner combined). Sometimes we eat breakfast for dinner and we call that crazy night. Easter morning we had an early lunch of scrambled eggs, bacon, and cinnamon rolls. Now cinnamon rolls are one way to my husband's heart. He loves them and has been known to gobble a whole pan by himself. The thing is up until now, I have never been good at making them. Some recipes I have tried the dough is too dry or too sticky and then they don't look like they are supposed too. Well, I think I have finally hit the jackpot with a recipe that works. I think the key to good cinnamon rolls is patience or in my case I just plain let them be. It started around 11p the night before Easter when I decided to make cinnamon rolls for the next day.
Here is the recipe: begin by dissolving a package and a 1/2 of yeast in 3 tablespoons of very warm water add a teaspoon of sugar so the yeast has something to eat- about 5 minutes time. In the meantime, spray a large mixing bowl with cooking spray or wipe with oil and set aside. In another mixing bowl melt 1/2 cup of butter along with 1 cup of milk. Then stir in 3/4 cup of sugar, 1 teaspoon of vanilla or if you like orange flavoring add 1 teaspoon of orange juice and zest of 1/2 lemon or orange. Add 1/2 teaspoon of salt and 2 beaten eggs. Then add 5 cups of flour one at a time. The dough should be slightly sticky. Place dough in the oiled bowl, and leave the dough to sit overnight and should double in size. Then in another bowl make the filling: 4 tablespoons of butter melted combined with 3/4 cup of brown sugar, 1/4 cup of white sugar, 1 tablespoon of cinnamon and a pinch of salt. If you like nuts, you can add them to the mixture. Once the dough has doubled, dust your countertop with flour and roll out dough to about a 1/4 inch to 1/2 inch thickness. Then spread filling on top and roll from the lengthwise side until it creates a roll. Should create12 rolls once you cut them. Place in an oiled baking pan- 9 x 13 and place in unheated oven.  Here is the trick to making them super moist is in another pan place boiling water and place underneath your cinnamon rolls. About 30 minutes later your rolls should have doubled in size. Take water pan out of the oven and bake rolls at 350 degrees for about 30 minutes until golden brown.
Once cooled,  frost with a simple powder sugar glaze or cream cheese frosting which is my personal favorite.   Who ever eats these will fall absolutely in love with you.  They were still moist three days later.  Super yummy! 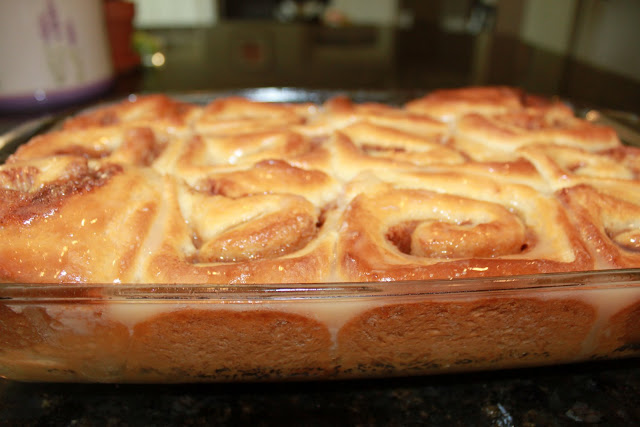 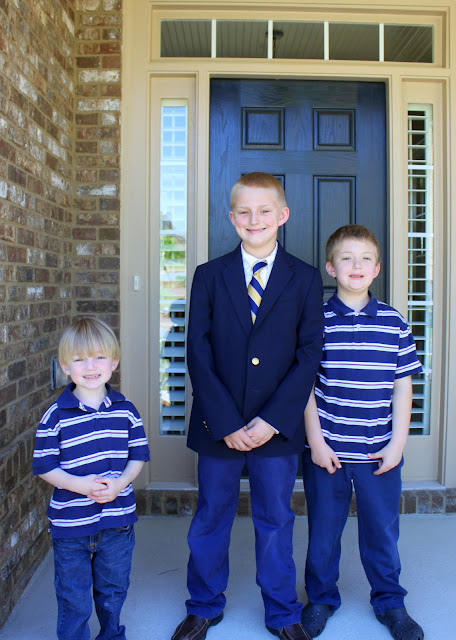 Mezzamay said…
Yummy!!!! I would like to try your recipe but I'm sure it would turn out anyway near as good as yours!

Marla said…
Oh gosh. Those look so delicious. I may have to try your recipe. :)

Valerie said…
this is torture !!! before i had to go gluten-free i loved making & eating cinnamon rolls . we don't lunch as a full meal, only snack light and when we're together as family on weekend or vacation, we brunch.
it is interesting how according to our native country or culture, we have our own eating habits & schedules !
April 27, 2011 at 11:14 PM

Tally said…
It's astonishing, how much growing up shapes the way the stomach is.
Being german myself I just need a big Mittagessen. It must not be at 12am or 1pm sharp as it was tradition, but without it there is a whole and I do unhealthy snacking.
On weekends it is different, but that is maybe because I don't care for a eating schedule at all.
Hope your boy enjoys his time in Germany
tschüs
Tally
May 4, 2011 at 11:56 PM