Go Germany! Soccer Fever is in the air here in Switzerland as it is all over Europe. However, Switzerland and Austria are the host countries for the European Cup 2008. The boys are busy collecting soccer cards and flags are flying everywhere. The part of the city where we live looks like the United Nations. Frank took the boys to the soccer stadium and they watched Germany against Croatia game on the big screen. Unfortunately, Germany lost 2-1. At least they are not out yet. Hopefully, they can make a comeback against Austria. 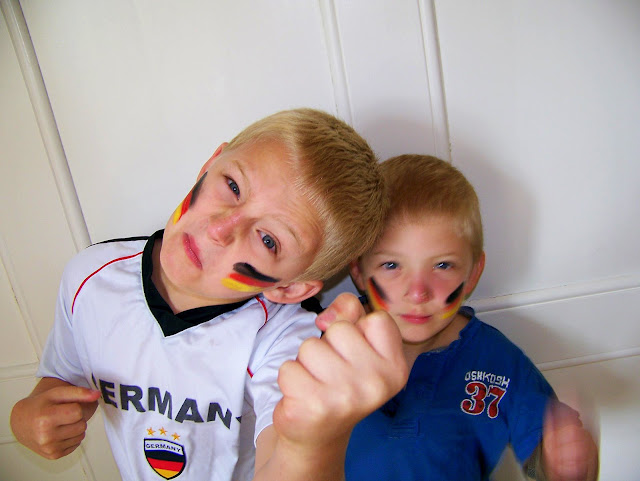 You want a piece of Me! 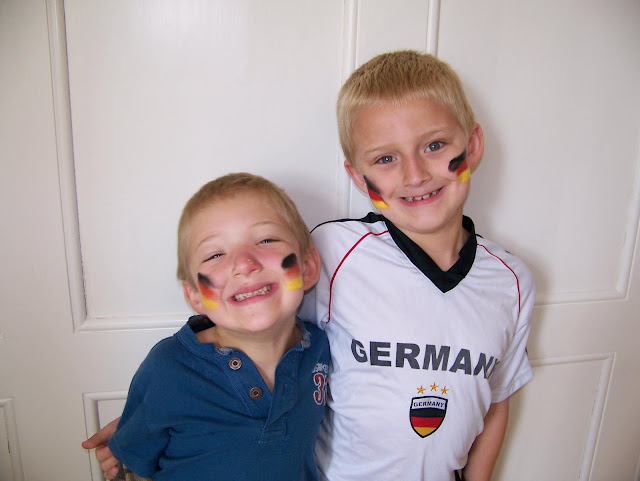 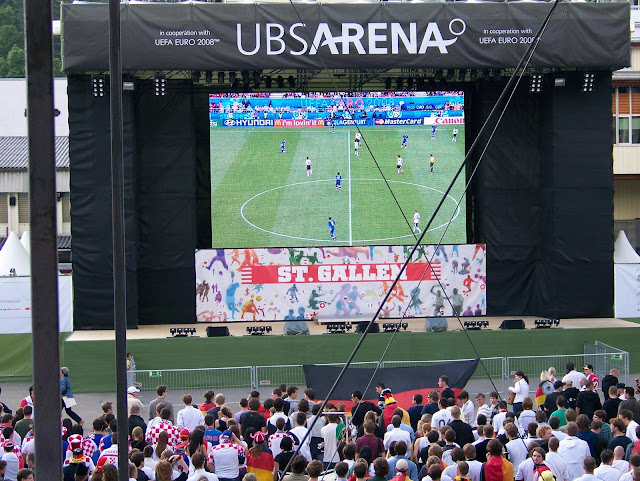 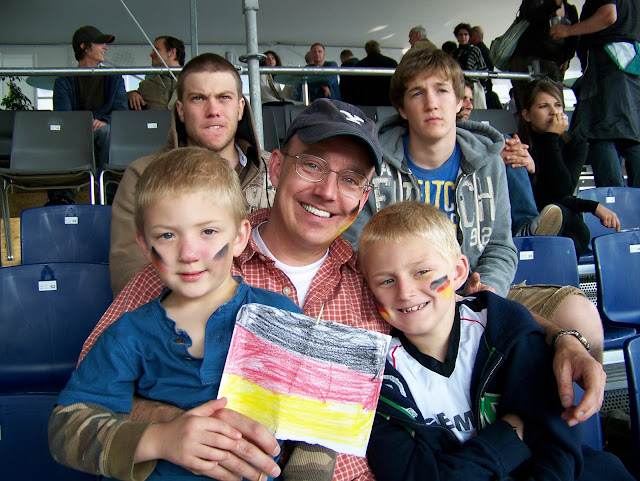 sandals said…
Kelly! It is me! I can't believe it--I was just thinking back to my Provo dance club days just yesterday and thought of you and how lucky I was that you were there since I knew nobody. You took me under your wings! I appreciate that! I love that you live close too and that you have 3 boys to my 3 girls! Funny! Here's my email: BrynScottyKokosMom@yahoo.com so you can contact me directly. Let's get together sometime when you get back! It's only a 3.5 hour drive! Woo-hoo! I'm off to read your blog. . .
June 13, 2008 at 5:50 PM