I love to read, but rarely find enough time to read.  Actually, my biggest problem is I fall asleep within minutes of picking up a book.  I am just so dang tired.  Anyway, a couple of weeks ago, I finally finished the book called The Book of Two Ways by Jodi Picoult.  Had I read the book cover, I probably would have not picked this book as I have little interest in Ancient Egypt.  I mean it is fascinating how they lived so long ago, but I have no real desire to study that time period.  I would also say while this book is fiction, the author weaves a ton of historical facts and information throughout the book; therefore:  making this book, not an easy read.  One of the things I did like about the story was how the author makes you exam death and our perception of death.  It really got me thinking.  While the story is a romance, it is far from your easy summer beach read, so the reader beware. 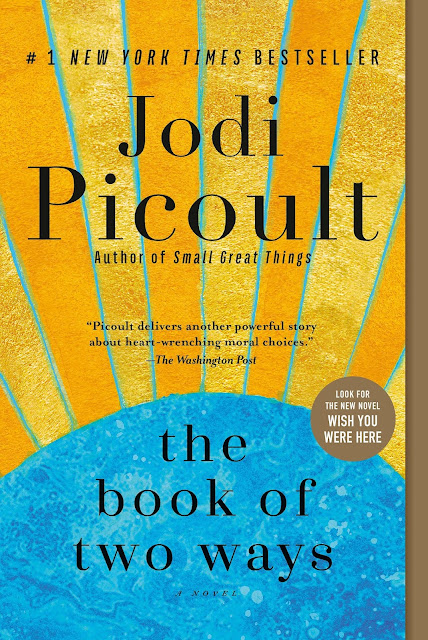 The next book I read was a story called The Girl Behind the wall which is set in 1961 Berlin, Germany.  The story is about two twin sisters who find themselves separated by the wall.  Given our family history with East Germany, I found this book fascinating.  While not meant to be historically factual or accurate the author does weave some true historical events within the story.  Unlike the first author, the author does a very good job of introducing history into the story without creating a textbook.  The story is a very quick read. 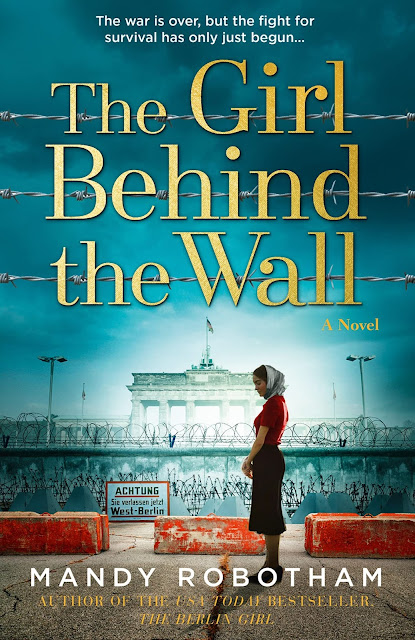 What I am reading now, I just started reading the book We Begin At The End by Chris Whitaker.  I don't have much to say about it as I am only 10 pages into the book, but what I have read so far I like.  Have you read this book?  What are your thoughts on the book?
Movie reviews-I don't know about you, but it is getting harder and harder to find movies or TV shows that I like or find interesting.  Either they are so violent, filled with bad words, or so laden with sexual content that all of that seems to get in the way of really good storytelling.
The first movie I would like to recommend is a movie called Belfast.  Set in 1969 Belfast, the movie is a sweet and heartwarming film about growing up in Belfast at that time.  At the end of the movie, there is a dedication to those who stayed and to those who left.  Belfast is kind of a love letter to Ireland.  If you are Irish and have been to Ireland this is a good movie for you!  The cast does a wonderful job of telling the story of this family torn between staying in Ireland and leaving.
The next show/movie produced by Netflix is the Electrical Life of Louis Wain based on the true-life story of Louis Wain the artist.  I almost didn't watch this movie.  The movie was sweet and heartbreaking at the same time.  It is definitely worth watching!   The movie is set in turn of the century England.  I won't say anymore in fear of giving away the story, but watch it!
The Courier was also set in England after War War II.  The movie is about a guy who is hired by the British Government because of his work dealings in Russia to act as a courier for the government. The movie has you on the edge of your set to the very end.  It is a true story.
Well, that is it!  Oh, I do have one YouTube recommendation.  It is a channel called How to Renovate a Chateau.  It may not be everyone's cup of tea, but I find Anna and Phillip hilarious.  They bought a Chateau a couple of years ago and they are in the process of renovating it and are doing a very good job of it as well.
Well, I need to run!  The children will be home soon and I haven't even had lunch yet.  I hope you have a wonderful week.  I should have some new photos soon as we have a few performances coming up and we will be heading to Utah soon for Christmas.  The children are so excited to go skiing.  Let's cross our fingers that they have just as a lovely trip as they did last year.
p.s. I have also watched all of Nashville which was a TV series about the country music business and a star trying to make it in the business and old stars trying to stay in the business.  Totally fictional!  I also blew through all the seasons of Virgin River set in the Pacific Northwest and the life of a small-town country doctor.  Nashville was a total surprise to me because I am not particularly a country-western music fan.

NCSue said…
Speaking of good reads... Lucinda' Riley's series, The Seven Sisters, is mesmerizing.
Thanks for sharing at https://image-in-ing.blogspot.com/2021/12/the-blacksmiths-shop.html
December 8, 2021 at 12:13 PM

Ratana said…
I really appreciate your professional approach.These are pieces of very useful information that will be of great use for me in future.
Live Score_បាល់ផ្សាយបន្តផ្ទាល់
បាល់ផ្សាយបន្តផ្ទាល់_Live Score
December 10, 2021 at 9:26 PM