Cooler temperatures have finally arrived in Georgia and I couldn't be more thrilled.  67 degrees feels amazing and it is nice to be able to put on something other than a pair of shorts.  I have a pot of soup simmering on the stove for tonight's dinner and I am sitting by the fireplace with a good book in hand along with a mug of golden milk.  What is golden milk?  Golden milk is made with almond milk or you can use regular milk if you want along with coconut oil, honey, turmeric, ginger, a pinch of pepper and cinnamon.  It is supposed to be really good for fighting anti-inflammation and that is what I definitely need a day after visiting the physical therapist.  My arm aches!  Ouch! Have you read the book the Thread?  It is so good!  The book is written by Victoria Hislop and takes place in Greece in 1917 and brings us into modern-day Greece.  Dimitri is born to a wealthy fabric merchant and Katherina a seamstress who was a Turkish born Greek refugee who was expelled from Turkey and sent to live in Greece.  So much history!  While the bulk of the story takes place in War War II, the book is so much more than just another war story.  The book is complete fiction based on true historical events.  I can't put the book down.  I just finished reading a really good book yesterday with my 8-year-old daughter Addy.  The book is titled A Handful of Stars by Cynthia Lord and is about a young girl, who lives in Maine, and her developing relationship with a migrant worker. I  enjoyed this book as much as my daughter did and so I  would recommend it to all ages of readers.   The book is not only educational as it is entertaining.  I love the relationship that the main character Tiger Lily has with her dog and the relationship she forms with the migrant worker. It certainly gets you thinking about how life must be for all the children of the migrant workers who work hard each day to put food on our tables. 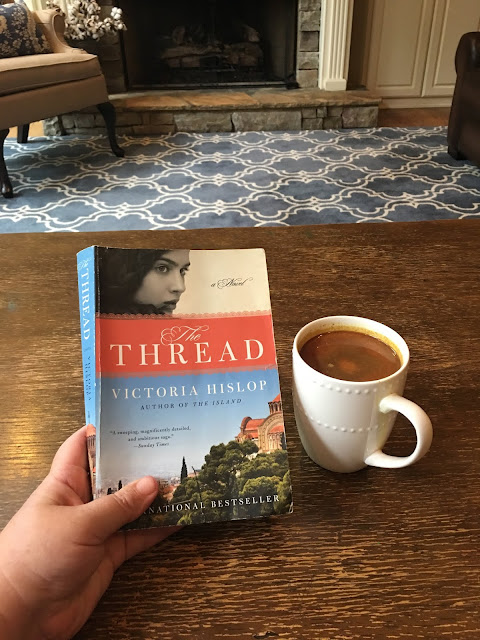 Before I head upstairs to take a shower, I want to share with you two more books that I read while on the cruise which were also equally good.  The first is called Fly Girls by Noelle Salazar.  The book begins at the entrance of the United States into the war with the Pearl Harbor Invasion. Besides watching the movie Pearl Harbor, I have to admit that I don't know much about Pearl Harbor and the events leading up to or after the actual day itself. The book is not only about Pearl Harbor or the war itself but about the young woman who served as airplane pilots serving the war effort.  I had no clue there were female pilots at that time working in this type of capacity.  While the woman didn't serve in combat situations they worked at training other pilots and also delivering planes from one base to another. The characters in the story are complete fiction; however, events of the book are based on true historical events and facts. The last book is titled Shanghai Girls written by Lisa See and explores pre-war Shanghai and California-Chinese history during the war.  Shanghai Girls is complete fiction. I found this book interesting as it gave me insight into 1937 Shanghai and into the life of Chinese Immigrants during the 1940s and '50s living in California.  A couple of things that stood out to me in this book was how Americans perceive and portray Asians in movies.  The main character Pearl is completely mortified when asked to be in a movie and realizes how her character is portrayed as backward and uneducated.  Pearl's younger sister has no problem taking the role as she only sees it as a means to an end of earning money to bringing her and her family out of poverty.  I am not sure the characters of  Chinese have changed that much in today's Hollywood films. The book also delves into how it is to be accused of being a communist during the 1950s.  It must have been very difficult for many families during that time period.  I had a college professor whose parents were accused of being communist during that time period and she said it took a huge toll on her family though none of the accusations were true.  Well, I better run!  I have a bunch of things I need to do before the children get hope from school.  Have a great week!  Hopefully, I will find my card reader and I can post the few photos from my cruise.
Labels: book review

Alexandria said…
I love to read so thanks for sharing your thoughts about these books and thanks so much for visiting my blog!
October 16, 2019 at 4:03 PM

Pat @ Mille Fiori Favoriti said…
I take turmeric supplement tablets but I should also try this milk combination as it sounds good.

I'm in a book club and I'm always looking for good books to recommend so I'll check out these books. I like historical fiction. Thanks!
October 16, 2019 at 4:54 PM

Beatrice P. Boyd said…
Thanks for the book recommends, Kelleyn. Right now i have 3 books sitting on the table and hopefully will be able to get through them befofre their due date at the library. One is a new James Patterson, Womens' Murder Club mystery which is always a fast read, even if not great literature. Another is the latest book by Tracey Chevalier, Single Thread and the third is one for my book group, an older one by Karen Fowler.
October 16, 2019 at 7:42 PM

Jeanie said…
Thanks for the recommendations. They all sound good but I especially am interested in Fly Girls.
October 17, 2019 at 12:35 PM