This Thursday, we had the opportunity to attend the middle school's theatrical play of James and the Giant Peach.  Roman had several roles in the play.  He plays a Hollywood agent, a homeless person, and he contributed to several of the ensemble groups featured throughout the play. It was not his first time being in a play.  He has his first taste of theater in Germany and loved it.  He wants to be an actor when he grows up.  He did a really fantastic job in the play and we couldn't be prouder of him and let's not forget his cast mates who also did a fantastic job.  Bravo! 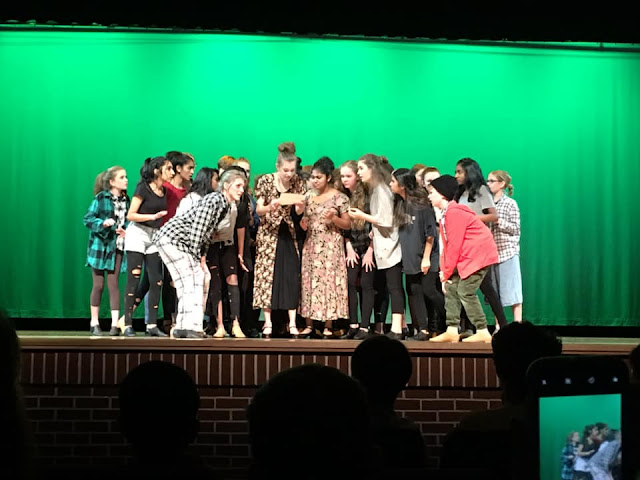 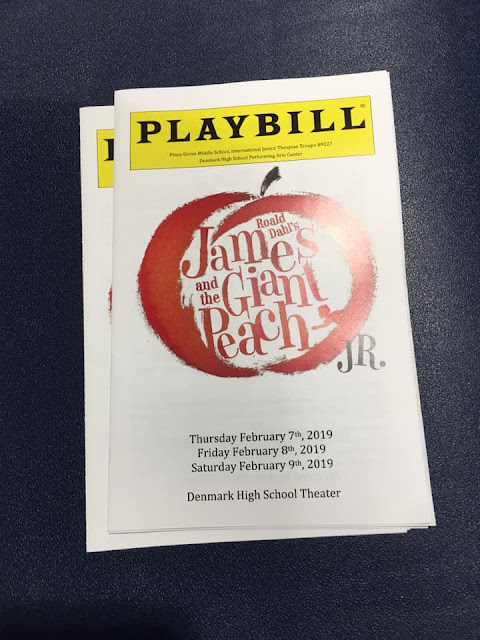 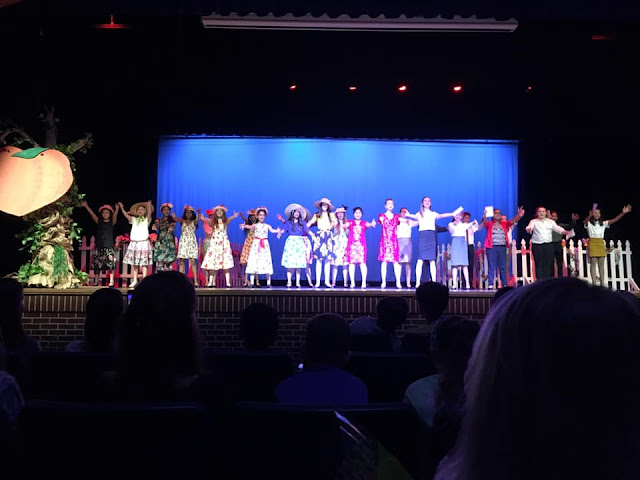 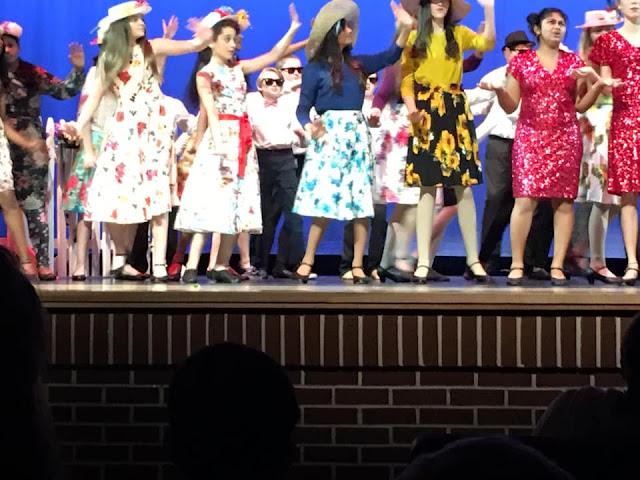 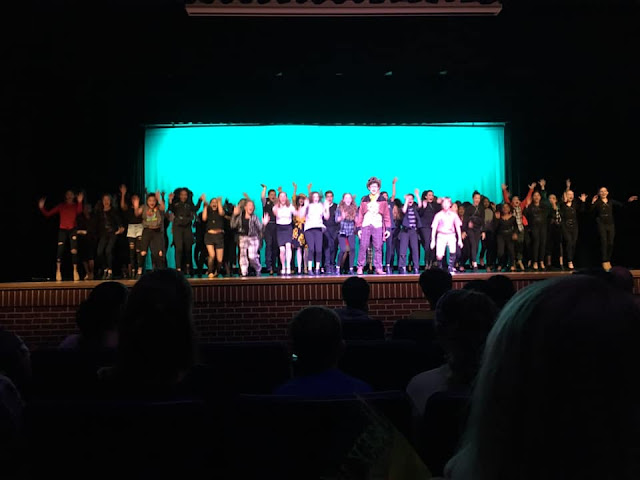 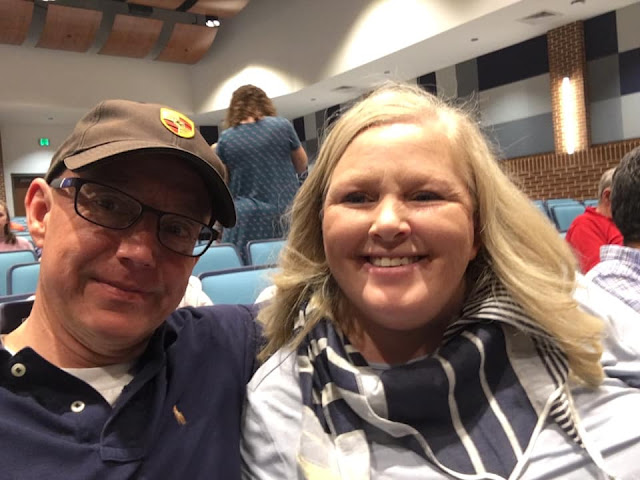 DUTA said…
Roman knows what he wants to be when he grows up. That's good, and easy for the parents. They just have to encourage him and be proud of him.
February 11, 2019 at 4:50 AM

junieper2 said…
Isn't it fun to see when "kids" develop their interests and talents? Thanks you for sharing Roman's accomplishment with All Seasons - and nice for him he had his parents there! One of my grand sons is interested in drama/theater as well:

Jeanna said…
That must be a fun play and a great experience for kids no matter what they're involvement.
February 12, 2019 at 10:45 PM

stevebethere said…
Brilliant LQQKS like great fun being in it :-)