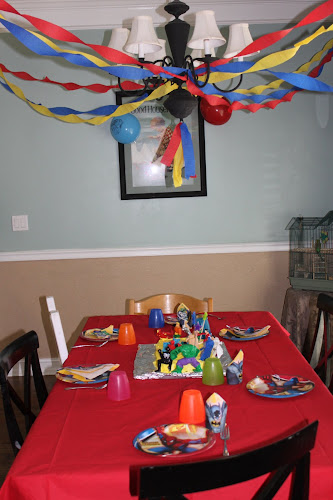 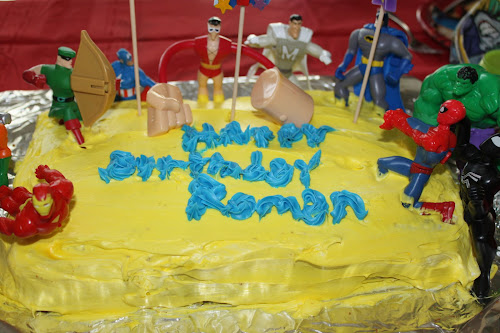 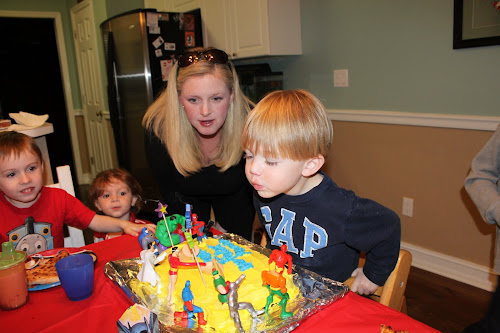 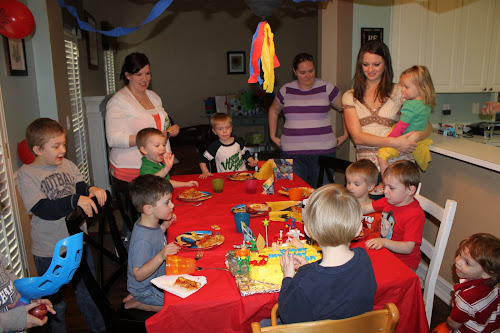 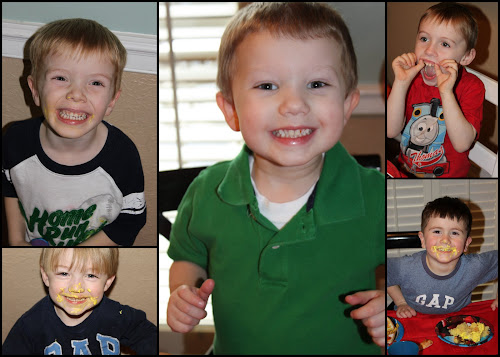 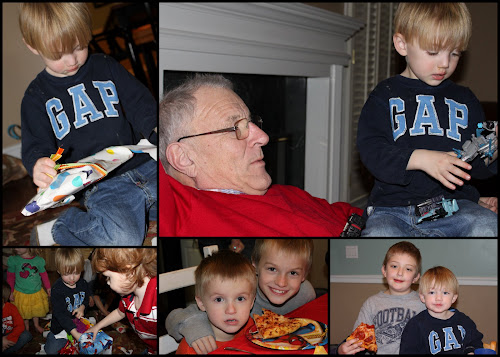 Given all that we have going on at the moment, I kind of just wanted to just have a family birthday party this year since he had a big celebration last year with all his friends; however, he was well aware of his birthday this year. The last couple of months he has been asking me when he was going to be four, and who was coming to his party. How could I break his heart by not throwing him a party? He even chooses his own theme of Super-Heroes. It wasn't good enough to just have Spiderman or Batman, but he wanted all the guys. He turned 4 earlier in the week and was so thrilled. He ran into his preschool room with cupcakes in hand and declared he was four. It is so sweet to hear him say he is four in his sing-song voice. Yesterday, was the real party and the weather was fantastic. We invited six little boys over. No entertainment necessary because they were more than happy just to play in our basement. After pizza and cake, we spent some time outside blowing bubbles. The party was a huge success. Thanks, everyone for coming!
Labels: daily life

Unknown said…
Happy Birthday to your sweet baby. It looks like it was a wonderful time. I felt lots and lots of love when I looked at your little superhero enjoying his day!
February 20, 2011 at 9:11 PM

islandgirl4ever2 said…
Soooo sweet! Happy B-day to your little boy! What a cutie pie he is!!
Looks like a fun time was had by all...